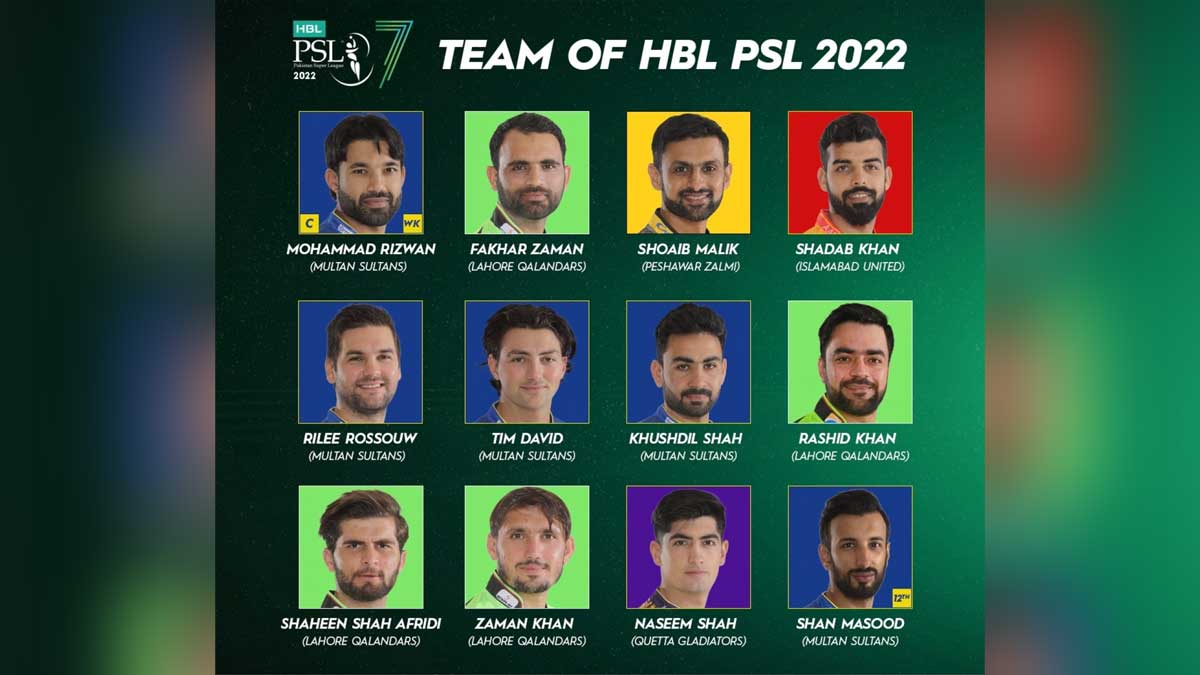 Mohammad Rizwan of the Multan Sultans has been named captain of the Pakistan Super League (PSL) 7 team, according to a statement released by the league.

According to the announcement, the PSL 7 Squad was chosen by eminent members of the league’s official commentary team.

Rizwan, a fan favourite, is one of four Multan Sultans players named to the team for this year’s tournament.

Rilee Rossouw, Tim David, and Khushdil Shah are the other three.

Read more: Rizwan and Shaheen shine in the PCB Awards 2021

Shoaib Malik of Peshawar Zalmi, Shadab Khan of Islamabad United, and Naseem Shah of Quetta Gladiators are among the team’s other players.

There are, however, no players from the Karachi Kings, who had a disastrous PSL season this year.

In the top order, there are four batters from four different teams.

After 6 Years, Lahore Qalandars Have Finally Won The PSL

Season 7 of the Pakistan Super League (PSL) concluded with the final game between Multan Sultans and Lahore Qalandars at Gaddafi Stadium in Lahore. The hosts were able to outshine the Sultans and take home their first-ever PSL trophy.