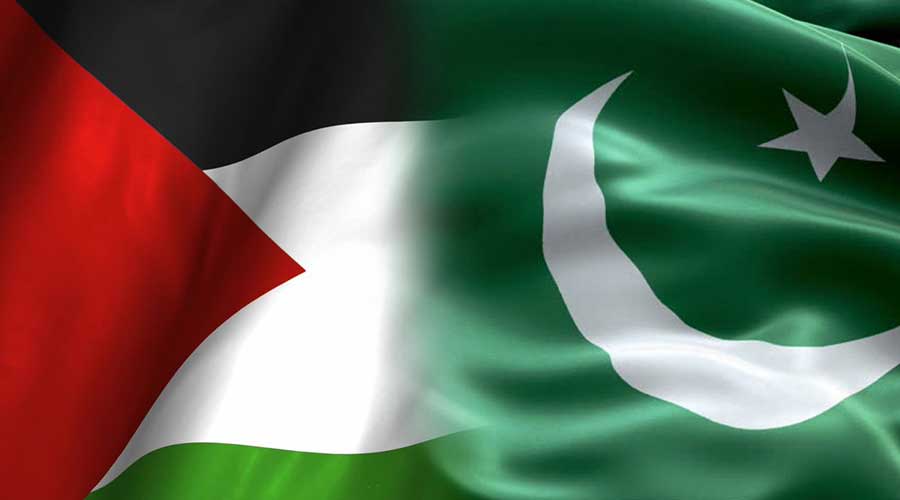 Palestinian embassy hailed the recent comments by the Prime Minister of Pakistan Imran Khan and called Pakistan their second home. The Embassy of Palestine stated a letter welcoming Pakistan’s persistent support to the people of Palestine and its cause.

Pakistan Premier released a statement in which he says Pakistan will never accept Israel under any circumstances. The PM said, “Our stance is very clear from day one and Quaid-i-Azam Muhammad Ali Jinnah had said Pakistan can never accept the state of Israel until the people of Palestine get rights and state.”

Furthermore, PM Imran Khan associated the Palestinian issue with the Kashmir issue. He stated, “The case of Palestinians is similar to people of Kashmir and their [Palestinians] rights have been snatched and they have been suffering Israeli atrocities.”

Recently Palestinian cause reignited when United States (US) President Donald Trump made some moves to cool the temperature between United Arab Emirates (UAE) and Israel, both countries signed a historic Abraham Accord in which they are beginning their normal relationship on the state level.

However, Pakistan still follows its long-lasting commitment to the Palestine cause and is among countries that do not recognize Israel as a state due to its illegal occupation of Palestinian lands.

Moreover, the Palestinian representative also greeted current and all former Pakistan’s government for their backing and continuous supports.
“Ever since the creation of Pakistan, every government has always supported the just cause of Palestine on all the forums. The embassy heartily appreciates the stance of Imran Khan, the prime minister of Pakistan; when answering to the question about Israel, said that the founder of Pakistan had made it clear that Israel would not be recognized until a just and fair solution to the Palestinian problem is given.”

“The prime minister said we will be answerable to Allah on the Palestine issue; and his conscience will never allow accepting Israel without a solution to the Palestinian issue. He said that Pakistan’s position is very clear, Pakistan can never recognize Israel. If we surrender to Israel, then we must leave Kashmir.”

In the letter from the Palestinian Embassy, the founding father of Pakistan Quaid-i-Azam and Dr. Allama Iqbal quotes were also mentioned.

Quoting Quaid-i-Azam the letter said, “Pakistan would never recognize Israel until a viable two-state solution is reached in regards to the Israel-Palestine conflict.”

While quoting Dr. Allama Iqbal it added, “If the Jews had a right to the soil of Palestine, why can’t the Arabs lay claim to Spain? No, British Imperialism has other aims. It’s no tale of citron, honey, or dates.”

Embassy appreciated the gratitude to PM Imran Khan for his bold stance and statement against Israel. The Embassy also highly praised other political parties, civil society and media for highlighting the issue and showing unity with Palestine.

In the end, the letter reads “We are hopeful that this support will be with us until we get an independent State of Palestine with Jerusalem Al Quds as capital.”