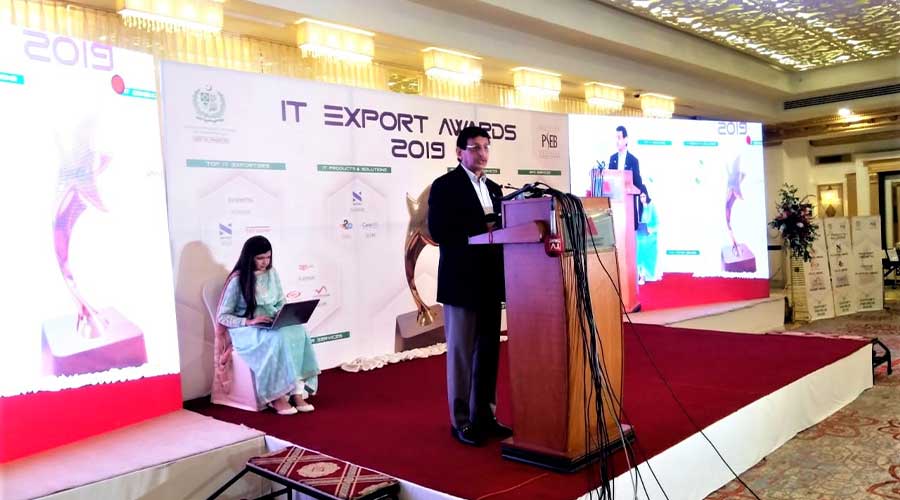 According IT ministry, a record $1.231 billion has been received in IT and ITeS export remittances at a growth rate of 24% in FY20 as compared to FY19.

On Wednesday, Syed Amin ul Haque Federal Minister for Information Technology and Telecommunication said that the IT industry of Pakistan was making progress and industry would be facilitated as all possible steps for the facilitation were being taken. The minister expressed these views while speaking at the IT Export Awards 2019, organized by the Pakistan Software Export Board (PSEB) – an attached department of the Ministry of IT and Telecommunication.

He further said that the IT industry in Pakistan is growing very rapidly and extraordinarily, improving the nation’s productivity and quality of life through innovative technological solutions, earning foreign exchange for the country, creating high-paying jobs. The fiscal year 2019-20 has been a great year for IT and IT-enabled services exports.

Furthermore, he stated, “A record $1.231 billion has been received in IT and ITeS export remittances at a growth rate of 23.71% in FY20 as compared to FY19. We are setting a target of $5 billion for IT export remittances by FY23 and will provide all the necessary support to achieve the target.”

The minister while expressing his thoughts said that IT and telecommunication played a significant role in the development and economic growth of Pakistan.

Moreover, the government wants to get involved in working closely with the information and communication technology sector and carry out the policies and measures that would enhance both exports and technology adoption.

He told the audience that IT Park will be inaugurated soon in Gilgit. The working on IT parks in Islamabad is underway however its groundbreaking would be conducted by the end of 2020. The work on IT Park in Karachi is also underway.

In the end, he concluded, “Events such as these need to be held more frequently. The Ministry of Information Technology and Telecommunication and Pakistan Software Export Board is making all possible efforts to facilitate the IT industry. My doors are open for viable suggestions for improving the IT industry growth.”

The IT industry of Pakistan is progressing rapidly, all possible steps have been taken to facilitate the industry and now IT export remittances has surged 24 percent during FY20 despite the Covid-19 crisis.