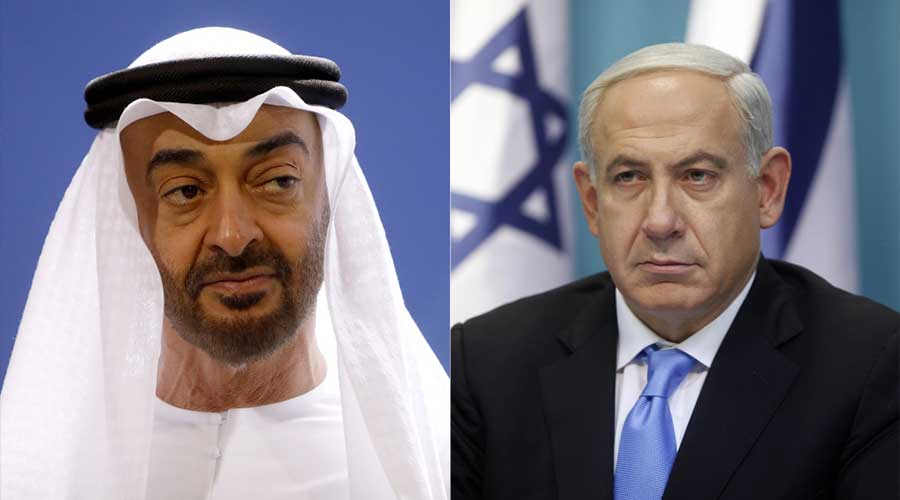 A surprise announcement came of a deal to normalise ties between Israel and the UAE on Thursday and Muslims from all over the world rejected it vehemently.

While addressing his nation, Israeli Prime Minister Benjamin Netanyahu said that the deal with the United Arab Emirates (UAE) – brokered by US President Donald Trump – would lead to “full and formal peace” with the Gulf Arab state.

“It’s an incomparably exciting moment, a historic moment for peace in the Middle East,” Netanyahu said.

Israel currently has a peace agreement with only two Arab countries which includes Jordan and Egypt where it has fortified embassies.

A strict reaction came from Palestinian President Mahmoud Abbas as he condemned the decision and immediately called the Palestinian ambassador in UAE to return.

According to Palestinian President Spokesperson said “The Palestinian leadership rejects and denounces the UAE, Israeli and US trilateral, surprising, announcement,”

Mahmoud Abbas also says that UAE’s leadership betrayed them. President insisted to call the Arab League and the Organization of Islamic State (OIC) to gather and reject the deal. He also said that neither UAE nor any other party has any right to speak in the name of Palestinian people.

Currently, more annexation is halted by Israel but Jewish PM promised the greater Israel is still on the table as he seeks a green light from Washington.

Muslims from all over the world have rejected the so-called deal which involves Palestine, Palestinian people, and the future of Palestinian cause. Social media became the platform to express anger to let the world know Muslims reject Israel, UAE deal to normalise ties.

Turkey: History will not forgive UAE over Israel agreement and betraying Palestine cause

Turkey says the Muslim world will never forget the hypocritical behavior of the UAE while accepting Israel.

According to the Turkish Foreign Minister, Palestinians were right to respond strongly against the pact between Jewish State and the United Arab Emirates. The Middle East politics reorganize through this deal.

While the World is responding on the critical issue Pakistan is yet to issue an official statement regarding this pressing matter.