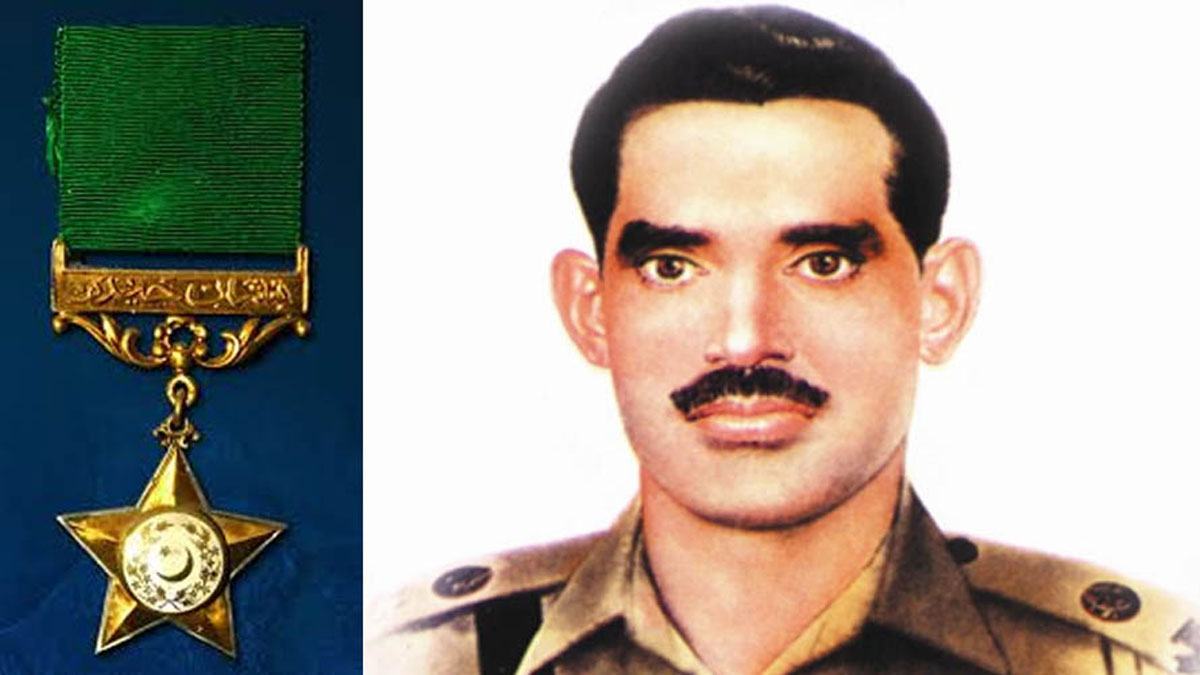 Nishan-e-Haider, the highest military honour, was awarded to Captain Raja Muhammad Sarwar, who is the country’s first recipient.

Today (Wednesday), the Pakistan will remember the 74th anniversary of his martyrdom.

On November 10, 1910, Sarwar was born in the village of Singhori in the Gujar Khan Tehsil. Raja Muhammad Hayat Khan’s father was a constable in the British army.

He joined the service in April 1929 as a sepoy and served with the Baloch regiment till 1941. He then received a commission in the Punjab Regiment in 1944, took part in World War II, and was honoured for his distinguished service by being elevated to the rank of captain in 1946.

He was dispatched to a mission in Kashmir in 1948 while serving as a company commander in the second battalion of the Punjab Regiment.

Later, as the conflict started, Sarwar started intensifying his attempts to join the frontline troops since he aspired to head the battle on the front lines. He appealed with the commanding commander to assign him on the mission since he was confident in his capabilities.

But as things grew worse, the commanding commander gave in and decided to send Sarwar with a sizable group of soldiers to attack the enemy’s post. The second battalion of the Punjab Regiment promoted him to the position of company commander.

Under command of Captain Sarwar, the regiment was successful in forcing the Indian soldiers to leave the Gilgit-Baltistan combat areas.

However, as the soldiers advanced to take over a well-defended enemy position, his battalion encountered fierce opposition from the adversaries located in the Uri area.

Capt. Sarwar continued firing while bleeding from his wounds with serene fortitude despite fierce retaliations and the enemy capturing security fronts with barbed wire. Finally, he passed the barbed wire with six of his friends and launched the last charge while chanting “Allahu Akbar” (God is great).

The volume of gunfire, grenade strikes, and mortar bombardment intensified as he and his battalion advanced.

On July 27, 1948, he embraced martyrdom after being shot many times in the chest while attempting to cut a barbed-wire fence in an effort to advance further into enemy lines.

The Pakistani flag, a green crescent, was visible on this peak in the morning sun.

On March 23, 1956, Sarwar earned the honour from Pakistani President Muhammad Ayub Khan in appreciation of his extraordinary acts of valour. His widow received the honour.

Capt. Sarwar was laid to rest on July 27, 1948, at the Hill of Tilpatra in Indian-occupied Kashmir, close to Uri.