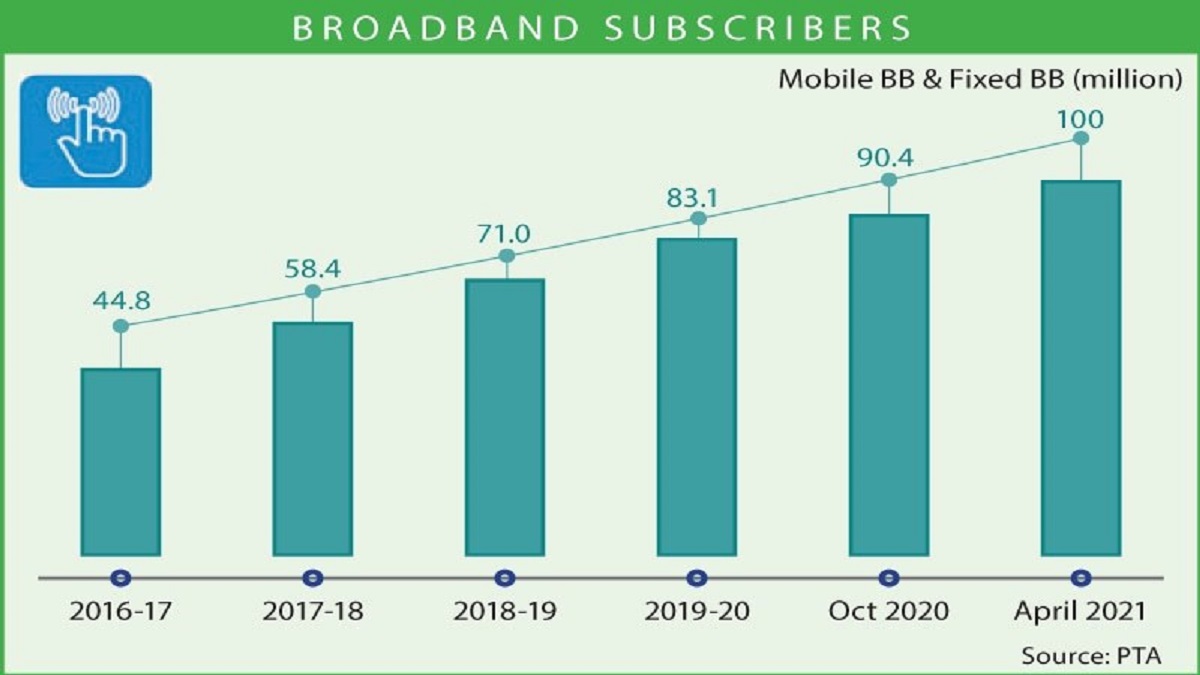 On Friday, PTA announced the broadband subscriptions to have reached the 100 million mark. As per the official press statement by the Pakistan Telecommunication Authority’s (PTA), “owing to supportive government policies, effective competition among telecom operators and the authority’s commitment to introduce and utilize innovative technologies, broadband subscriptions in Pakistan have reached a historic 100 million mark.”

However, the statement added, making comparison with older data, there were less than 2 million subscriptions in 2012 and after the introduction of 3G services, the total number jumped to 16 million in 2014 and a grand 100 million in 2021. Now 87 percent of Pakistan’s population has access to internet/broadband services at one of the lowest rates in the region.

The broadband is provided over 3G/4G networks with an average download speed of 17.7 Mbps and upload speed of 11.3 Mbps (mobile). It is above the speed levels in other regional countries. Moreover, mobile data prices weakened to only 0.70 percent of the Gross National Income (GNI) per capita that is below the recommendations of UN Broadband Commission of less than 2 percent.

“All four national Cellular Mobile Operators (CMOs), SCO and fixed line broadband operators, including PTCL collectively have broadband users of over 100 million now. It has become possible due to growing usage of data services in every segment of national economy, popularity among users and introduction of new and innovative services by operators.”

The statement further highlighted that telecom sector of the country has achieved many milestones previously along with the implementation of the world’s first open-source Device Identification Registration and Blocking System (DIRBS) in 2019.

“PTA lauds the users and the service providers for making us proud to achieve this land mark. We will be formally celebrating the occasion soon with all the stakeholders and national/international telecommunity.”