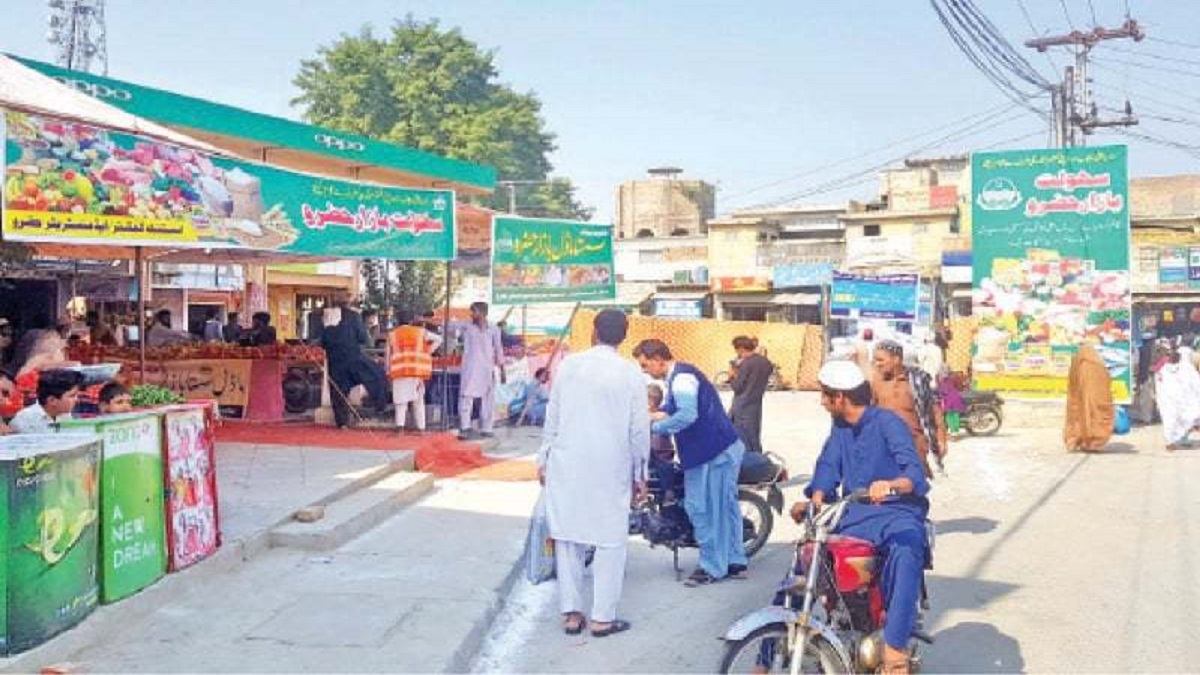 The KPK government is going to establish at least 83 sasta bazaars and 53 kissan markets all over the province for Ramzan to sell essential edible items at comparatively lower rates than the market’s.

At least 83 sasta bazaars and 52 kissan markets have been planned to be established in the province. The committee will be formed comprising home and food secretaries and provincial police chief to ensure inter-provincial organization for continuous supply of those items during the holy month.

These measures are to be taken under the Ramazan Strategy, were discussed during a meeting chaired by Chief Minister Mahmood Khan. Special assistant to the chief minister on information Kamran Bangash, chief secretary Dr Kazim Niaz, provincial police chief Dr Sanaullah Abbasi, secretaries of the relevant departments, and commissioners and deputy commissioners of all districts attended the meeting.

As per the Ramadan strategy, scores of administrative measures and involvements will be carried out at provincial, divisional and district levels in the province. It will provide the maximum possible relief in prices to the people during the Ramadan.

According to the issued statement, the government has tasked the police’s Special Branch with keeping an eye on hoarding of essential items in KP. Whereas a control room will be established at the home department to make sure of then smooth execution of the Ramazan Strategy.

Moreover, a mobile app, Ramazan Marastyal, will be launched for ‘tech-driven approach’ control prices and resolution of people’s objections about prices.