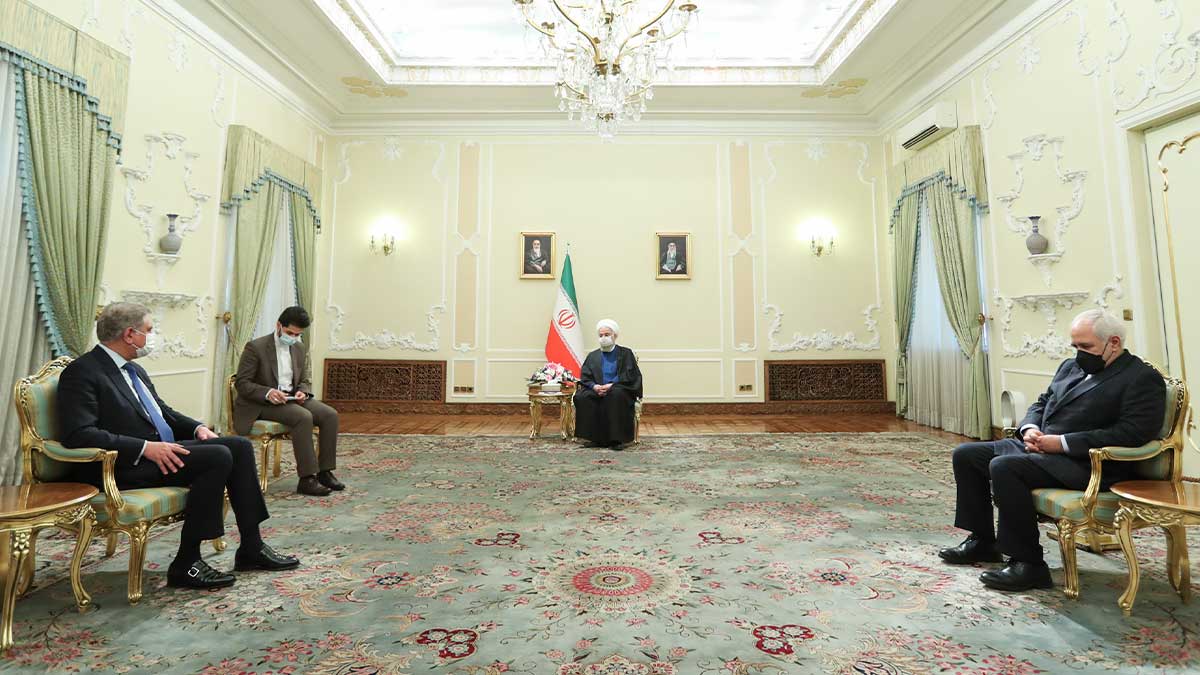 Iran’s President Hassan Rouhani shared his desire to improve bilateral ties with Pakistan in areas such as trade, investment, connectivity, and border management on Wednesday.

The president made the remarks during a meeting with Foreign Minister Shah Mahmood Qureshi at the Presidential Palace in Tehran, according to the Foreign Office.

President Dr. Arif Alvi and Prime Minister Imran Khan sent a message of goodwill to President Rouhani and the brotherly Iranian nation through the foreign minister.

FM According to Qureshi, the government is focused on improving bilateral ties with Iran and fostering bilateral cooperation in various fields of mutual interest under Prime Minister Imran Khan’s vision.

He defined the two countries’ relationship as cordial, close, and heavy, based on shared history, culture, religion, and language.

He said the Pakistani leadership thanks Iran’s Supreme Leader Ayatollah Ali Khamenei and President Hassan Rouhani for their continued support for Pakistan stance on Kashmiris.

Rahim Hayat Qureshi, Pakistan’s ambassador to Iran, was also present at the meeting.

The foreign minister also paid a visit to Pakistan’s embassy in Tehran, where he met with the team in charge of the country’s activities in the country.

“Had a wonderful visit to our Embassy in Tehran to interact with our team, who work tirelessly to improve Pakistan-Iran ties and collaborate closely with the Pakistani community in Iran to expand our economic and cultural diplomacy footprint,” FM Qureshi said.

The foreign minister arrived in Iran on Tuesday for a three-day official visit, according to the Ministry of Foreign Affairs (MOFA), who was greeted by the Iranian foreign minister’s advisor as well as the director-general of the Iranian Foreign Ministry.