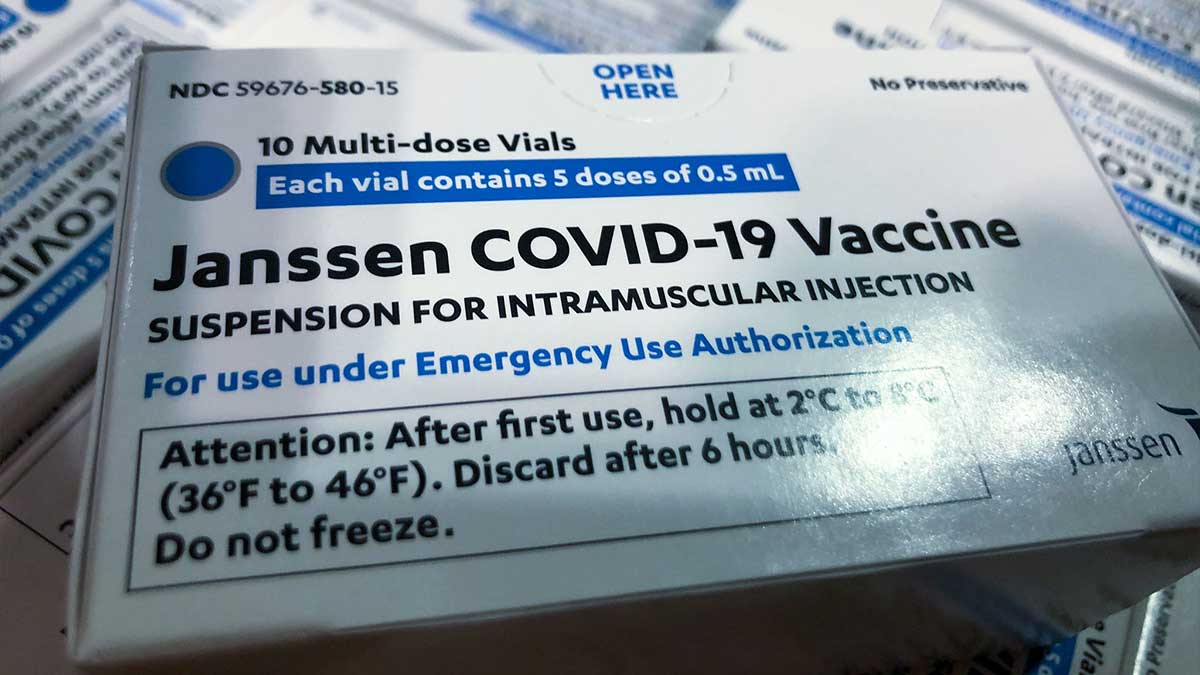 Johnson & Johnson (J&J) announced on Tuesday that it would resume distribution of the COVID-19 vaccine in Europe after the region’s medical regulator determined that the vaccine’s advantages outweigh the risk of extremely rare, potentially fatal blood clots.

The European Medicines Agency (EMA) proposed on Tuesday that an alert about rare blood clots with low blood platelet count be added to the vaccine’s product label, claiming that the advantages of the one-dose shot outweigh the risks. J&J’s stock increased by more than 2%.

Last week, US regulators briefly suspended the use of the J&J vaccine after six women developed unusual brain blood clots associated with a low blood platelet count, forcing the company to postpone its introduction in Europe.

The J&J vaccine has been provided to almost 8 million people in the United States.

A new product label from J&J would contain a notice about the possibility of the unusual side effect, as well as guidance about how to identify and handle it, according to the company. The company announced that it would resume exports to the European Union, Norway, and Iceland, as well as clinical trials.

“It’s a once-in-a-lifetime occurrence. We hope that by raising awareness and providing consistent diagnostic and therapeutic guidance, we will restore public confidence in our vaccine,” During a conference call to discuss the company’s earnings, Johnson & Johnson Chief Scientific Officer Paul Stoffels said.

The Netherlands announced that it would begin using the vaccine on Wednesday.

The Centers for Disease Control and Prevention (CDC) and the Food and Drug Administration (FDA) are both looking into the unusual blood clots that have been identified in people who received the vaccine. On Friday, an advisory committee will meet and will make a recommendation.

The J&J vaccine is intended to be used all over the world and can be kept at standard refrigerator temperatures.

AstraZeneca’s (AZN.L) COVID-19 vaccine, which is also planned to be widely used internationally, has been linked to unusual blood clot issues.

Manufacturing problems at a Baltimore-based vaccine plant operated by Emergent BioSolutions Inc (EBS.N) that had not yet received regulatory approval had already slowed J&J shipments.

Last month, the FDA was investigating a manufacturing mistake that resulted in millions of doses being thrown away. J&J said on Tuesday that it expects FDA inspectors to provide feedback soon.

“We’re taking care of what needs to be taken care of. We believe this will lead to a positive outcome,” During the call, J&J Chief Financial Officer Joseph Wolk said. J&J “should know more in the next couple of days,” he said.

COVID-19 vaccine sales totaled $100 million, according to the company. The vaccine will be available on a not-for-profit basis before the pandemic is over, according to J&J.