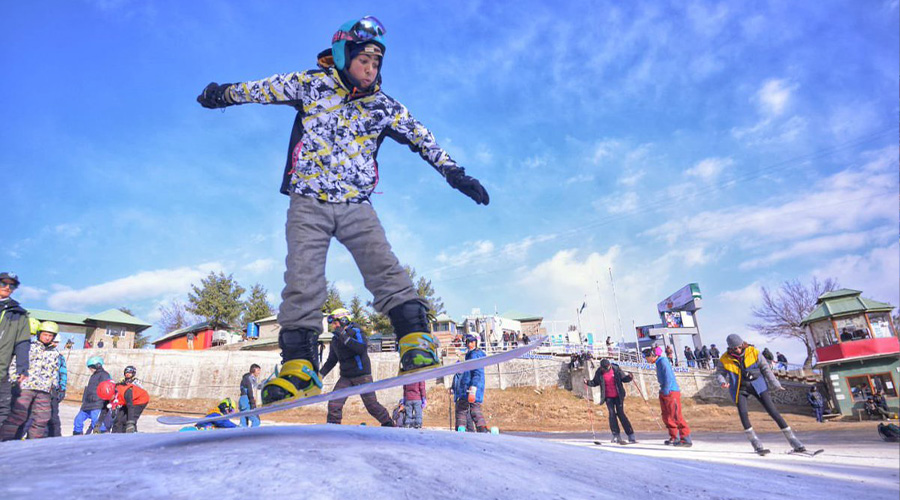 More than 44 national and international players, four women among them, and fans of snowboarding from different countries including Switzerland, Belgium, France and Afghanistan participated in the event. Senator Faisal Javed was the chief guest at the prize distribution ceremony.

All the top position holders received cash prizes and certificates from the chief guest at the concluding ceremony.

“It is very good to see national and international players participating in the snowboarding championship, which attracted a large number of tourists,” said Senator Faisal Javed. He said that government would facilitate investors for the promotion of tourism.

The international snowboarders said that they enjoyed the scenic valley and hospitality of the local people.

“Malam Jabba is a perfect place for ski and snowboarding activities. The landscape is mesmerizing. Along the winter games, there must be other opportunities for adventure lovers like trekking, surfing, climbing, mountain bikes and others,” said Julien Harry, the Swiss snowboarder.