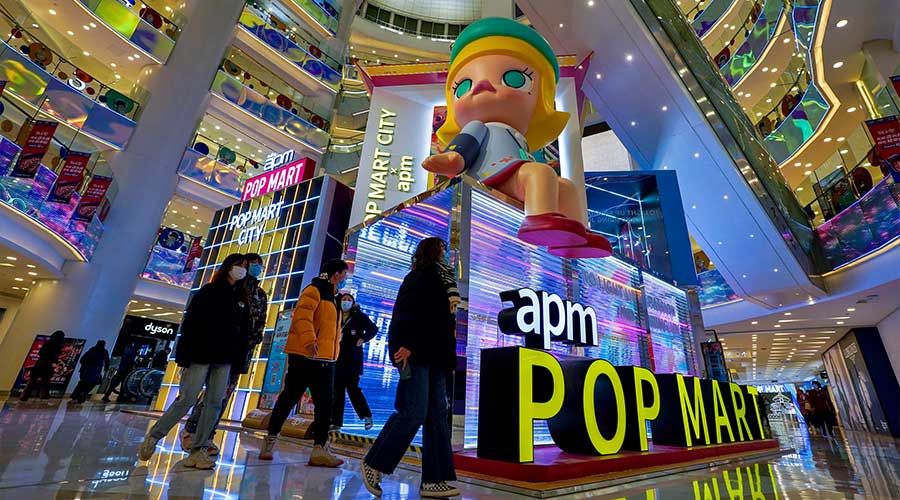 In 2028, five years earlier than previously projected owing to the conflicting recoveries of the two nations from the Covid-19 pandemic, China will surpass the United States to become the world’s largest economy, according to a think tank named Centre for Economics and Business Research (CEBR).

The economic and soft-power rivalry between the United States and China has been an overriding theme of global economics for some time, the CEBR published in an annual report.

This rivalry has definitely been tipped in China’s boon by the Covid-19 pandemic and subsequent economic fallout.

The CEBR said that China’s “skillful pandemic management,” with its tight initial lockdown and long-term growth successes in the West, meant that the relative economic output of China had improved.

China looking poised for average economic growth of 5.7% a year from 2021-25 and afterward from 2026-30, China’s economic growth will see a decline and run at the pace of 4.5% eventually becoming the world’s biggest economy.

Meanwhile, after a strong hit by coronavirus pandemic the US economy will heal quickly in 2021, however from 2022 and 2024 the economic growth will be lowered to 1.9% and then to 1.6% after that.

Japan would remain, in dollar terms, the third largest economy in the world until the early 2030s, when India would surpass it, which will result in Germany position falling from fourth to sixth.

The United Kingdom, currently the fifth largest economy under the CEBR index, is projected to fall to sixth in 2024.

However, facing a hit in 2021 from its withdrawal from the single market of the European Union, by 2035, British GDP in dollars has been estimated to be 23% higher than France’s, helped by Britain’s lead in the increasingly important digital economy.

Europe accounted for 19% of production in the top 10 global economies in 2020, but if there is an acrimonious split between the EU and Britain, that would fall to 12% by 2035, or lower, the CEBR said.

It also claimed that the effect of the pandemic on the global economy was likely to be reflected in higher inflation, not slower growth.