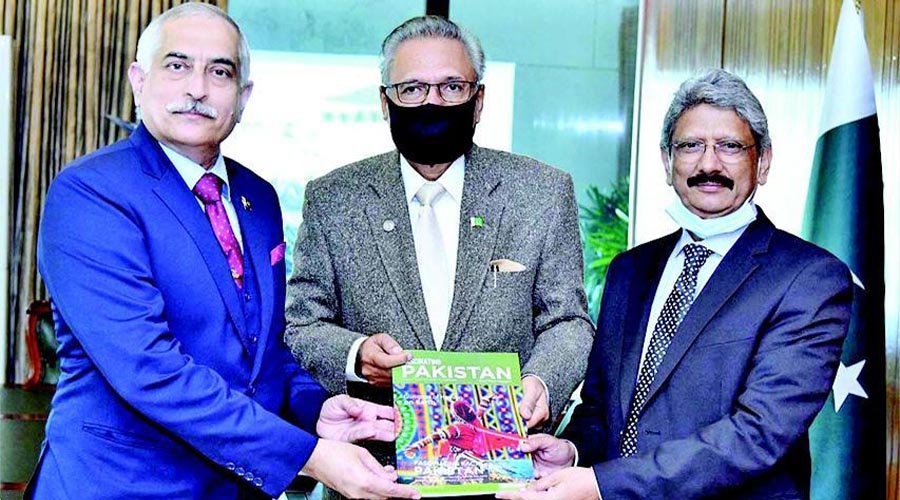 A quarterly magazine Fascinating Pakistan has been launched in London to boost the local and international tourism of Pakistan.

Launched on Wednesday, the quarterly magazine aims to project Pakistan as a complete package for travel enthusiasts to promote the tourism of the country by sensitizing travel enthusiasts about its diverse culture, multi-faceted tourism, national heritage, arts and crafts, and cuisines.

The first-ever tourism-centric magazine, comprising 72 pages, was launched in Pakistan as well by Strings Media, a London-based tourism company under its digital campaign “Come, Fall in Love – Pakistan”.

According to the Founder and Chief Executive Officer of Fascinating Pakistan Tahawur Husain Jafri, the magazine truly presents a marvelous story of beautiful Pakistan and its amazing people, cultures, heritage as well as cuisines with very well written articles and amazing pictures.

He said, “We are delighted and fascinated that after all the team’s hard work ‘Fascinating Pakistan’ is officially launched in Pakistan and London.”

Moreover, the CEO of the magazine seemed highly passionate regarding the promotion of Pakistan tourism in foreign markets. He said that efforts are being made promote tourism gems of Pakistan in London by holding road-shows, displaying northern areas scenic views on billboards and setting up portals to attract the British folks to add the country in their travel list.

“Pakistan is a peaceful and friendly nation and a country offering something for everyone. From the wonders and beauty of the Himalayas regions in the North to the historic Sindh in the south and the lovely beaches of Balochistan, Pakistan is truly the heaven on earth,” Tahawar remarked.

Also, he appreciated the government for providing a breathing space to private sector to fully tap the tourism potential of the country.