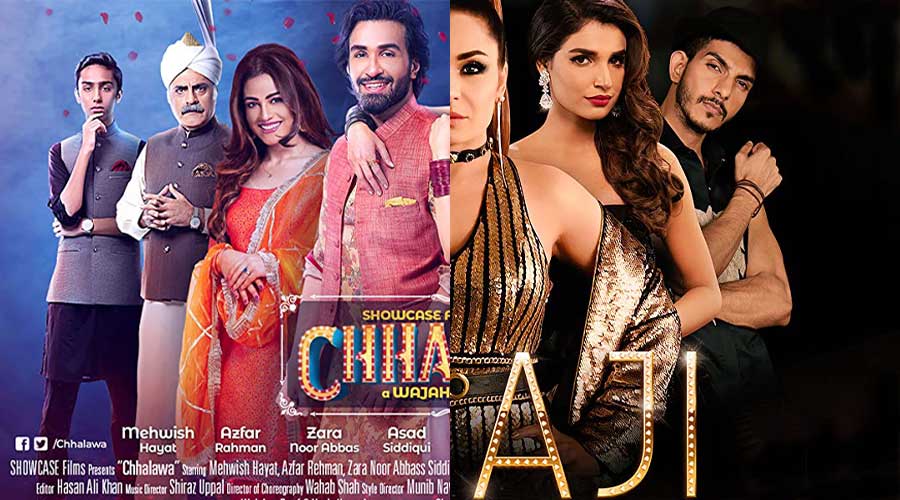 From decades Pakistani content is loved by millions and now things are moving fast as Pakistani content will be aired on top streaming services such as Netflix and Amazon Prime. Movies and TV shows will be streamed on Netflix including Chalay Thay Saath, Pinky Memsaab and superhit Humsafar. Moreover, the latest hit Pakistani web series Churails has also been released on Zee5. Apart from that Amazon Prime is also going to stream some of the Pakistani movies that are a must-watch, such as:

Starting from Baaji in which Meera is in the leading role. The movie revolves around a Lollywood actress who is desperate to make a comeback in the industry. She finally gets an opportunity when a Pakistani- American director cast her in order to recover the dead local film industry. The film has its own twist and turns and Meera lovers will definitely enjoy the movie.

The next in the list is movie Chhalawa in which Pakistani leading actress Mehwish Hayat is starring along with Zara Noor Abbas. The plot revolves around Zoya (Mehwish Hayat) who plans to escape from her father’s house in order to be with the love of her life Sameer. However, her father imposes all kinds of restrictions on her including no internet and phone facility and making it difficult for her to escape.

Talash is also among hit Pakistani movies that is now streaming on Amazon Prime. The story of the movie revolves around three friends who graduated and become doctors. The movie Talash is directed by Zeeshan Khan and filmed in rural Tharparkar, Sindh. In the film social issues have been screened, actor Ahmed Zeb and Noman Sami are among the lead cast.

Another great addition in Amazon Prime is the movie Actor in Law which was a success in Pakistani cinema. The movie includes Mehwish Hayat, Fahad Mustafa and late Indian actor Om Puri. Fahad wanted to become a celebrity but unable to do so. He then poses as a lawyer and turns out to be a celebrity after solving difficult cases. Comedy, romance, and thriller everything is in the movie.

A movie that touches a very common issue in Pakistan which is dowry. In the movie Fahad Mustafa a young boy who got married before her older sister and leaving her in discomfort. After Fahad’s wedding, he does everything for her dowry so she can be married but failing to do so the lead actor gives up his self-respect to fulfill the societal norm.