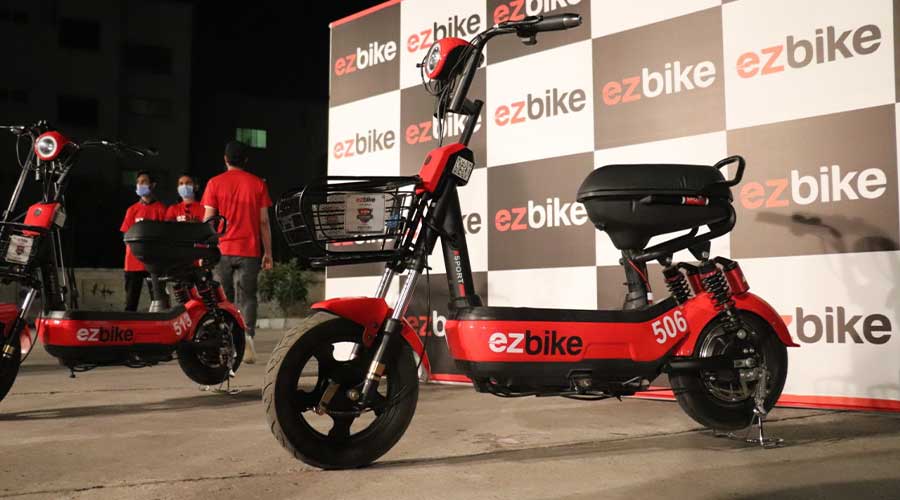 Federal Minister for Information Technology and Telecom Syed Amin Ul Haque inaugurated the first phase of app-based public electric bike service for the residents of twin cities. The electric bike will be available near stations of the metro bus in Rawalpindi and Islamabad.

At the launching event of the ezBike, the IT minister praised the technology and said it would be a great option especially for the women. According to the Minister the ezBike service will soon expand to other major cities of the country.

The cost to use the bike is believed to be very economical than other ride-sharing applications. The charges will be Rs. 5 per minute, and you can leave the bike on the designated spot.

The ezBike is launched by the Roamer Technologies and operated by mobile application. Through the application, you can reserve your bike ride.

While explaining the technology to the minister, the CEO of the Roamer Technologies Muhammad Hadi said that a user will be able to trace and reserve the bike near him while using ezBike’s mobile app, after completing his journey the user has to park the electric bike in the nominated zone, so that next user can reserve the bike to use.

Meanwhile, the whole process from registration to payment would be digital. Initially to unlock the bike a user has to pay Rs. 5 and then Rs. 5 per minute for the ride. In the meantime, if the rider wants to stop for buying grocery or anything else, the rider has the option of stopping the journey, during which the user would be charged at a lower price which is Rs.2 per minute.

Roamer Technologies has joined Jazz in order to provide connectivity through Jazz sims and payments would be made through JazzCash.

The user’s identification and other relevant details will be recorded and checked through the mobile phone data and the ezBike can be traced by installed electronic devices.

We hope the company will respond to these basic questions.