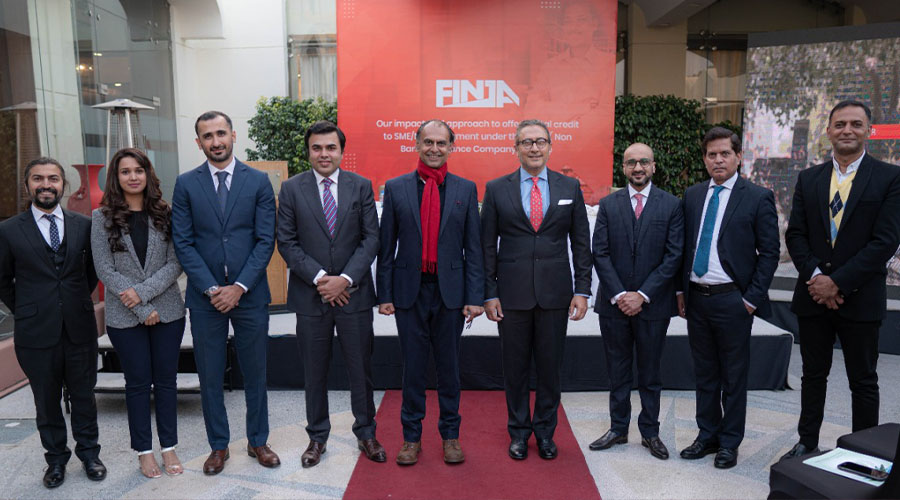 Lahore-based digital lending fintech Finja that operates with dual licenses from SBP and SECP has closed $9 million of a $10 million Series A1 financing round.

The investment is led by a number of ventures including ICU Ventures, BeeNext, Vostok Emerging Finance, Quona Capital and Gray MacKenzie Engineering Services (a Descon company).

Announced in a statement on Tuesday that it appears as fintech Finja has raised $9 million in a Sequence A1 spherical. With this first-of-its-kind help from each regulator, the company has cast digital partnerships with banks, FMCGs, distributors, kiryana shops and small companies.

Commenting on the investment raised, Qasif Shahid CEO of Finja had this to say: “With this new capital injection along with our strong partnerships with SECP, SBP, banks, FMCGs, distributors and so many other parts of the supply-chain and payment ecosystem, we are fully equipped and supported by the industry to rapidly scale to create unprecedented impact.”

Finja introduced funding of $3 million in November which was led by BeeNext and Quona Capital. As per the small print by the corporate, they’ve clocked over Rs. 100 Billion in transactional quantity and have skilled development of 110% because of the pandemic.

Finja disburses these loans with the support of the credit books of its partner banks. It claims to have disbursed over 50,000 of unsecured digitally scored Islamic and conventional loans to businesses and salaried individuals to date.

“Small business and consumer lending represent a $60 Billion market in Pakistan of which less than 4% is currently penetrated. As a result of this sector being neglected, small businesses have largely struggled to grow due to unavailability of capital,” said the fintech that operates with dual licenses from the country’s central bank (SBP) and financial regulatory agency (SECP).

Finja Chairman Monis Rahman additionally commented, “We’re excited to scale our efforts to assist small companies and customers attain their targets with dignity. We’re grateful for the help of a few of the world’s greatest fintech funds which have invested in Pakistan for the primary time via Finja.”