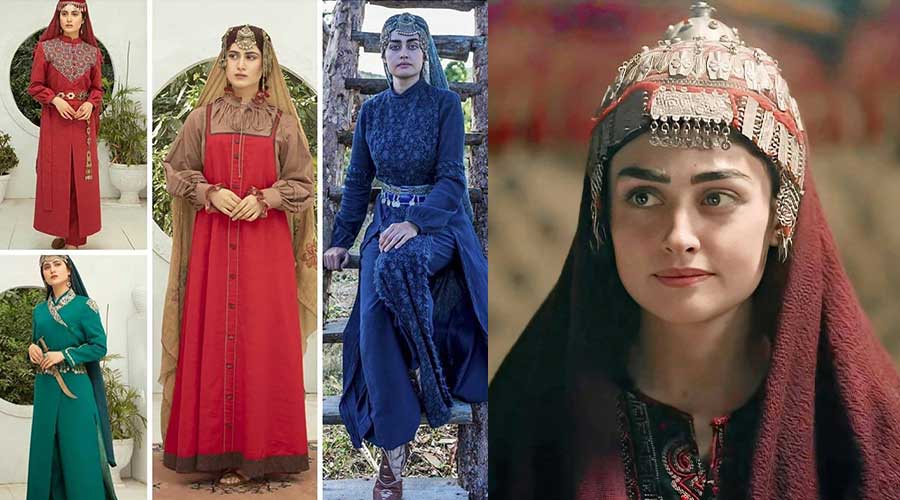 Rabia Kashif, a Lahore based fashion designer wants Pakistanis to dress like Halima Sultan, one of the leading roles in Dirilis Ertugrul. Inspired by this character, Rabia has launched her latest clothing line and people cannot stop admiring her work.

She said in her interview with SAMAA, “I started my business after burning all the boats to fulfill my passion” Investing all her savings, it took her three years to make a name for herself. “One thing that I have learned in these years is to never give up because it is up to God whom he wants to give honor to,” said the designer.

After hearing a lot about the drama Ertugrul Ghazi she initially started watching out of curiosity. “With every episode, my interest grew and that inspired me to pay tribute to Halima Sultan by designing a clothing line inspired by her style,” shared Kashif.

Designer Rabia remarked that she didn’t do extra special research for her Halima Hatun inspired clothing line; all the designs were made just by watching the drama. “I didn’t think of anything special, but when I started working, I got better on my own,” she said.

Kashif never intended to make a profit out of her clothing line. “I designed these clothes only to highlight and pay tribute to Turkish culture,” said the designer.

She further said that it was her good fortune that she met the model Hina Afridi who played a great role in modeling for the collection.

Paying tribute to the collection and impressed by Kashif’s views, Afridi did not charge a single penny for the shoot.