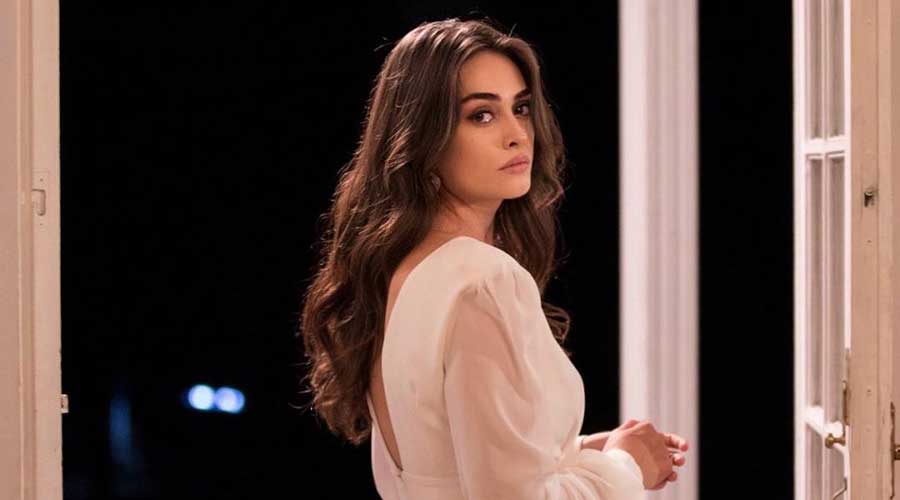 Esra Bilgic, the shining star of the Turkish entertainment industry and the brand ambassador of Pakistani brands has been just claimed by the Pakistani photographer that she refused to work with Pakistani cameramen and makeup artists.

Dirilis Ertugrul has been the most-watched and loved television serial in Pakistan due to which its actors and actresses are not only liked but loved by almost the whole of Pakistan. This love towards them compelled Pakistani brands to hire them as their brand ambassador like JAZZ hired Esra Bilgic, MariaB and J. also made Turkish actors as their models.

Meanwhile, Pakistani actors and actresses are not ready to digest it and made some unwarranted statements that may consider their “jealousy” towards Turkish actors.

One would think that the love for the Turkish show and the actress is universal but that’s not the case. One Pakistani photographer recently claimed some very interesting things about Esra Bilgiç.

She wrote, “As beautiful and as famous as she may be, I think its extremely sad and disappointing that we have to use celebrities from other countries to endorse our clothes. What happened to the hundreds of actors\actresses in Pakiatani? There are so many that haven’t been given the opportunity. I have never seen Turkey or any other country dying for Pakistani to be on board. I know many will disagree and counter argue that we are changing Pakistan’s image etc etc but nahi yaaar. Please use your own talent ffs. Why would I want to see some angrez wearing kurta shalwar. Will that make me wear that too?!?”

She went on and wrote, “She refused to work with Pakistani makeup artists and photographers… but is still wearing our clothes… and we are still paying her…the amount we must be paying her.”

She added, “I don’t blame her man. I blame us. For being so brainwashed that white and foreign is always the way to go EVEN if you are clearly being disrespected.”