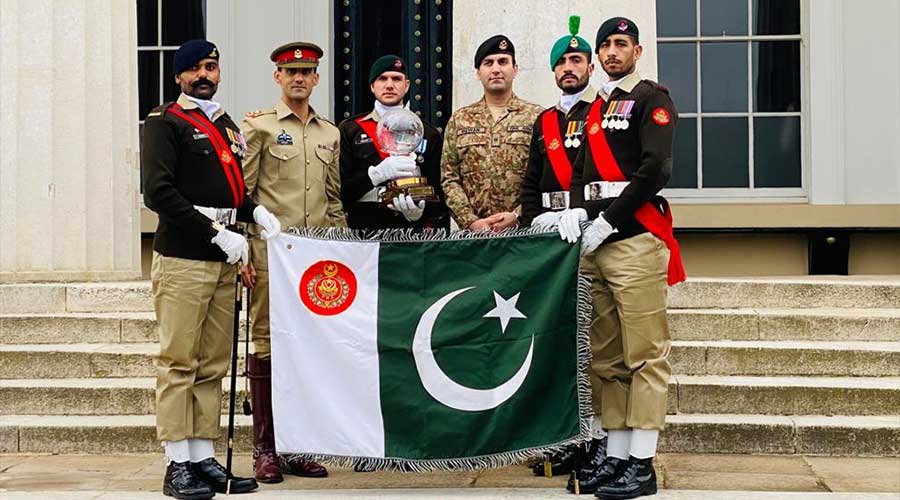 While participating in an international military drill competition, Pakistan Army has won the Pace Sticking Competition 2020 for the third time in a row. The competition was held at Royal Military Academy Sandhurst, United Kingdom.

According to the Inter Services Public Relations (ISPR) official statement, Pakistan has won the Pace Sticking Competition for the third year in a row. Pakistan Military Academy represented the Pakistan’s Army at the Royal Military Academy Sandhurst, UK.

The High Commissioner of Pakistan to UK, Moazzam Ahmad Khan has lauded the Pakistan Army for winning the Military Drill Competition for the third successive year and praised the standard of the armed forces for brilliance and competence level.

The Pace Sticking Competition is held every year at Royal Military Academy Sandhurst. The event was held first time in 1928 in which armies from across the world participate in the competition every year and display their capabilities and expertise.

The drill is performed at a pace of 120 beats per minute with a 30-inch step while moving with the stick at 65 paces per minute and shifting the stick from hand to hand while keeping your movement.

The objective of the drill is to bring consistency with the use of the stick and accomplish high stability and cohesion between your team members.

Points awarded to the teams by evaluating the overall performance in the drill and based on that teams are being ranked. However, points are also deducted from the final score for wrong command or movement during the drill.