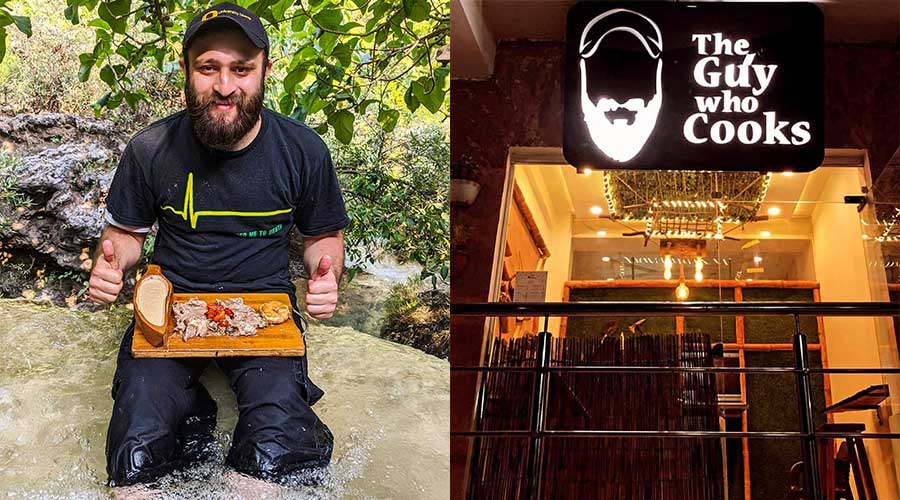 A Pakistani entrepreneur who has blended his many passions to excel in life, Ahsan Irshad, known as ‘The Guy Who Cooks’, is a Pakistani success story who worked hard in his journey to excel at his love for cooking.

Ahsan Irshad has successfully managed to grow his food cooking passion and he went from a humble road-side vendor to opening his own food café in Islamabad. His passion and love for traveling and adventure with his culinary skills became his ultimate success.

Arshad’s success story is now making rounds on the internet and his business story is trending on twitter.

The CEO of the ‘The Guy Who Cooks’ narrated his story, “I started pursuing my passion for cooking over the last two years,” the 26-year-old computer science graduate from COMSATS. He worked in IT for a year before giving it up for a much more exciting career in food.

“I felt that there was no passion in my job,” said Arshad. “When a person does not have his heart in something, he doesn’t have the necessary drive for it. My passion lay in food and adventure cooking.”

However, Ahsan Irshad at the start of his journey did not have the money required to set up a large business. “To set up a cafe in Islamabad, you need Rs 10 to 15 lakhs (Rs1-1.5 million) at least,” he explained.

“However, I decided that if I was throwing myself into the fire, I should start somewhere small. I felt that I needed to learn all the tricks of the trade at the very beginning since I had no prior knowledge of the food business.

“Also, people who start from the very basic tend to care and love their business all the more,” he explained.

“One of the challenges that I faced while setting up my own stall was that the career I wanted to pursue was looked down on. I really wanted to get into it and break this taboo,” he explained.

“However, I was adamant that this is my passion and this is what I wanted to do. It is therefore very important that you keep on going despite the hurdles and keep yourself motivated,” Arshad advised.