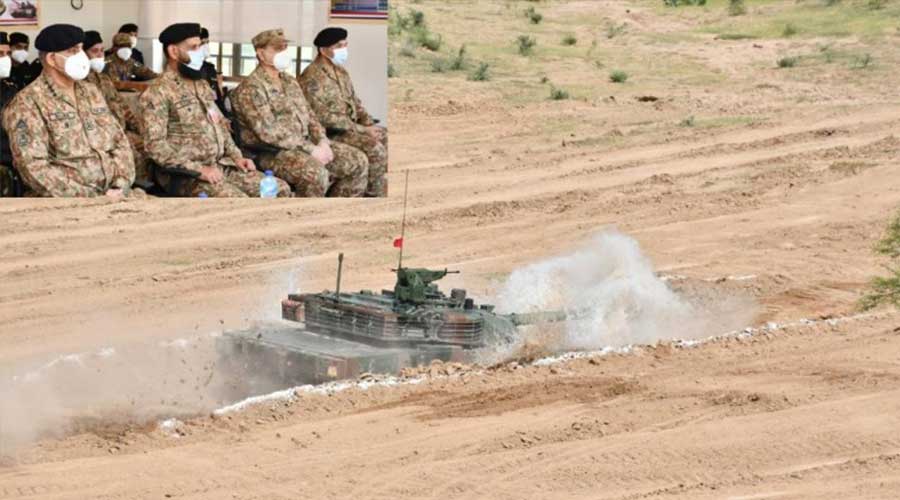 The new tanks were unveiled on Tuesday after Pakistan Army chief General Qamar Javed Bajwa witnessed the VT-4 on exercise near Jhelum.

According to the military media wing Inter-Services Public Relations (ISPR), the war machine will be deployed in an attacking role by strike formations after induction.

In addition to battle tank VT-4, the military media wing explained that the VT-4 is equivalent to any modern tank in the world. The VT-4 encompasses with the advanced armour protection, movability, the firepower abilities and state of the art technology integration in the tank.

While addressing the Pakistan army officers, the COAS General Qamar Javed Bajwa uttered a great gratification over the demonstration performance of the Chinese-origin battle tank VT-4 which is another great addition in inventory for Armoured Corps after the recently launched locally produced Al-Khalid-1 tank. The current addition of VT-4 and Al-Khalid-1 tank will further strengthen Pakistan’s overall defense competences to prevent enemy plans.

The COAS said that the Pakistan Army is aware of developing challenges and regional threats. “We are completely focused on internal and external challenges to the defense of our country, and prepared with matching response against all threats to sovereignty, security and territorial integrity of Pakistan”, he said while referencing the arch rivals India.

Pakistan and India have been long locked in with a powerful arms race with numerous successful missiles tests in recent years.

The armies of both countries have been on standoff across the line of control (LOC), a de-facto boundary that divides the disputed Kashmir region among two nuclear states.