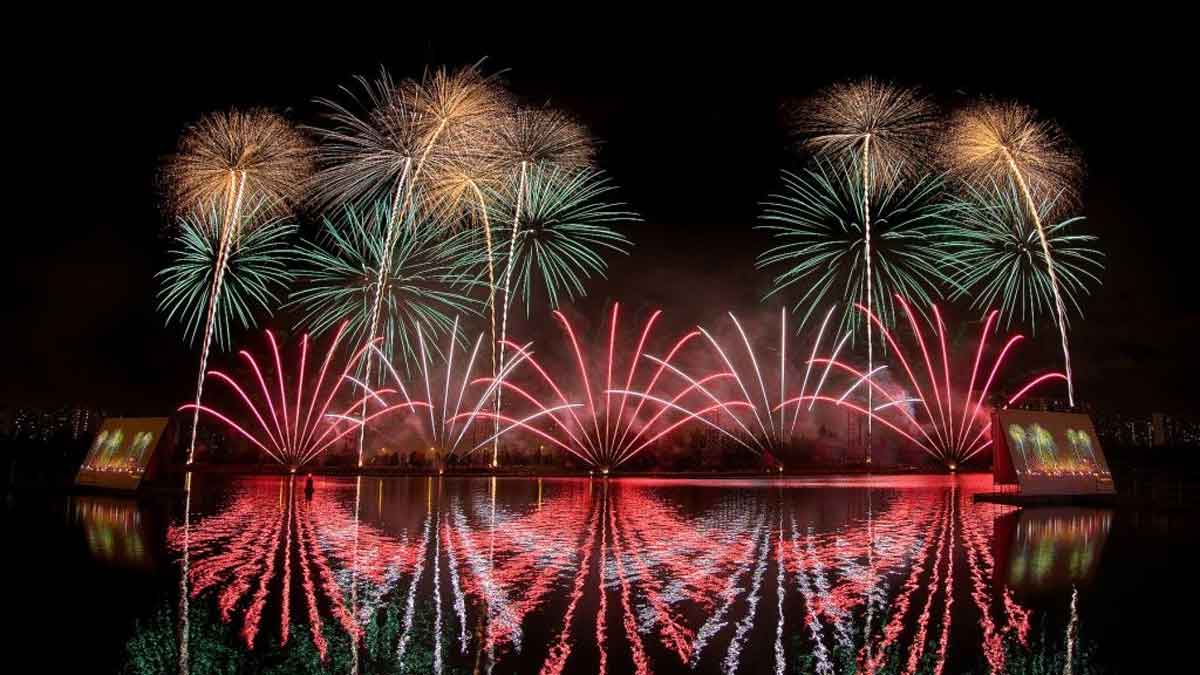 As per the details, eight teams from around the world including took part in the event.  The Pakistani team was led by Shahid Mahmood Butt that lit up Moscow’s skies with spectacular fireworks.

Shahid Mahmood Butt is also the CEO of the Allied Fireworks Company, said, “It is an honor to win a trophy for Pakistan at the international event.”

He also expressed appreciation to the Pakistani government for its support.

The Pakistani team put up their fireworks skills while catching up with the beat of the national song, ‘Iss Parcham Kay Saye Talay Hum Aik Hain’, as the South Asia country marks its Independence Day in the month of August.

Moreover, Pakistan Ambassador to Russia, Shafqat Ali Khan, presented the winning trophy to Shahid Butt and applauded the Pakistan team for using advanced technology and creative artwork to put up an outstanding show of fireworks in front of the local audience.

“It is an honor to win a trophy for Pakistan at the international event,” Shahid Butt said.

He expressed his gratitude to the government that fully supported them to attend the event.

Pakistan Ambassador remarked that participating in such festivals provides an excellent opportunity to showcase Pakistani culture on the world stage, adding that modern technology along with Pakistani songs won the hearts of the audience at the event.

In addition, Pakistan Embassy in Russia Press Consular Zafar Yab Khan also shared the news on Twitter that Pakistan had received another honor on the eve of August 14th and congratulated the team on the achievement.