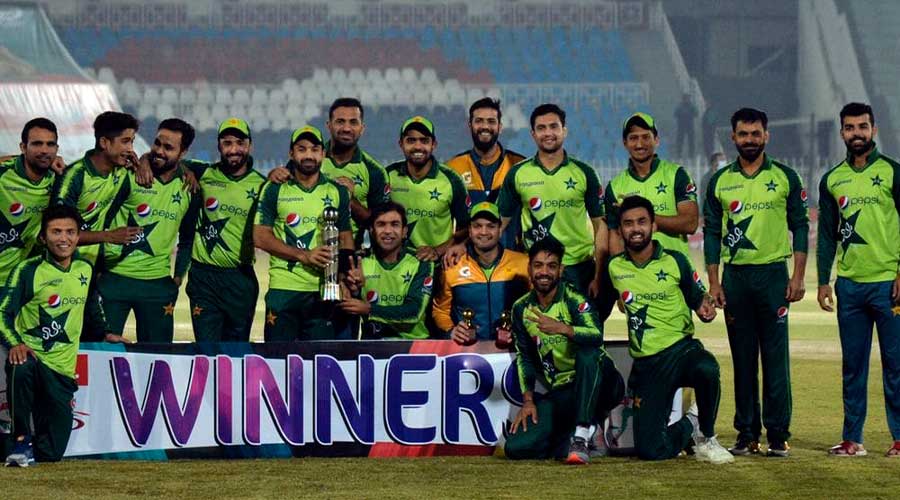 Pakistan did not lose their grip over troubled Zimbabwe side as they grabbed a comfortable victory against visitors in final T20I match. A young team but powerful combination grabbed eight-wicket victory over guests in Rawalpindi.

The Usman Qadir’s magical spell restricted the Zimbabwe team to their lowest total of the series:129-9. Usman Qadir took four wickets in 4 overs while conceding 13 runs.

While chasing the target, 20 years old Abdullah Shafiq anchored Pakistan run chase but unfortunately, he did not make his fifty on his debut due to Khushdil Shah blistering 36 runs in 15 balls. Khushdil hit three sixes and three fours in his unbeaten innings.

At the end, Usman Qadir was named the man of the match and also the player of the series as he collects 8 wickets.

The T20I series was a tough ride for Zimbabwe as they were unable to ignite any sort of pressure on the host Pakistan and didn’t have answer to Pakistan’s quality bowling attack.

Zimbabwe captain Chamu Chibhabha also accepted that batting was the main problem, especially in the T20 series. We have not succeeded in making a good total to defend the target, he said.

Pakistan launched some new faces in the T20 against Zimbabwe and it paid off. Mohammad Husnain, Haris Rauf, Haider Ali and Usman Qadir all played vital role in T20 series.

As Usman Qadir said in a statement: “I have really enjoyed bowling against Zimbabwe, especially in the second T20 where I got three wickets. I enjoyed Sikandar Raza’s wicket when he misread my wrong one.”

Pakistan skipper Babar Azam is very happy with the performance by youngsters and showing their abilities at the top level. Babar said that he is happy to see youngsters getting confidence each passing day. “We want our youngsters to gain experience in the company of seasoned players. I am happy that they are delivering and it means they are ready for future series. It is a good sign for Pakistan as the T20 World Cup is also coming closer,” Babar said.