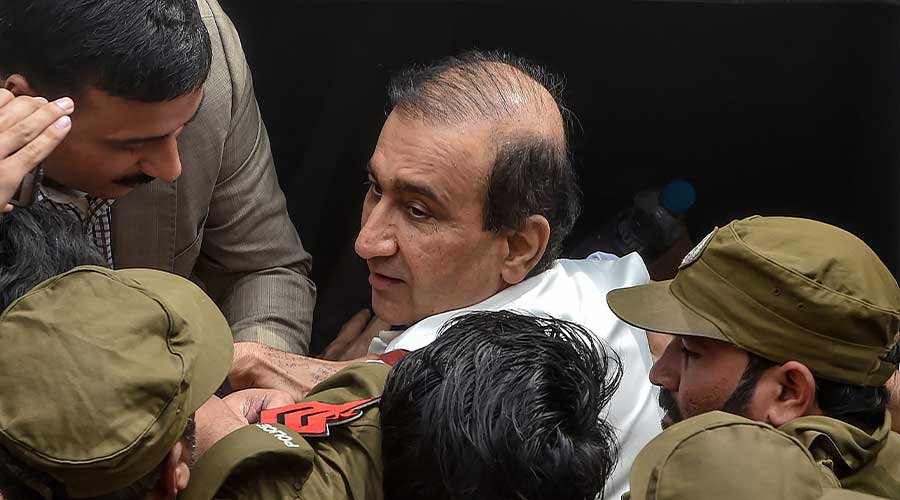 The Supreme Court of Pakistan granted bail to Mir Shakeel ur Rehman, editor-in-chief of the Jang Group, in a 34 years old land case he allegedly acquired “illegally” during the reign of then Chief Minister of Punjab, Nawaz Sharif. Mir Shakeel was granted bail against a surety bond of Rs 10 million.

On March 12, the National Accountability Bureau (NAB) arrested the Geo owner in a connection with “alleged illegal exemption of 54 plots (each measuring one kanal) in H-block of Lahore’s Jauhar Town phase-II allotted to him being the holder of general power of attorney on behalf of Hidayat Ali and Hikmat Ali by the then Punjab chief minister (Nawaz Sharif in 1986) in violation of the relevant laws/rules”.

The Lahore High Court (LHC) rejected the bail after which he filed an appeal to the Supreme Court. During the bail hearing, the Jang Group editor-in-chief’s lawyer Amjad Pervaiz informed the court that Mir Shakeel was arrested by NAB at the inquiry stage. Amjad Pervaiz said that reference was filed against four individuals including the chief minister Nawaz Sharif, then LDA Director and then the Director land department but no one was arrested except his client.

While explaining how his client has acquired the land Amjad Pervaiz said that the land in question was 80 kanals and 18 marlas, which was purchased to construct Muhammad Ali Jauhar Town. after the death of owner, the land was divided and transferred in 1985.

The successors of the land requested LDA to grant permission to start construction on the land in 1986 which was rejected by then DG LDA, furthermore, the lawyer added that under the land policy the Mir Shakeel’s shares were equaled 54 kanals and 5 marlas.

“Not one rupee of the government was lost during this entire matter,” he claimed.

The lawyer argued that NAB had not accused the Jang Group editor-in-Chief of withholding payment for the assets he acquired, clearing that the amount was paid as per the policy. “NAB’s case is that the money should be paid according to market rates and not according to policy,” he said.