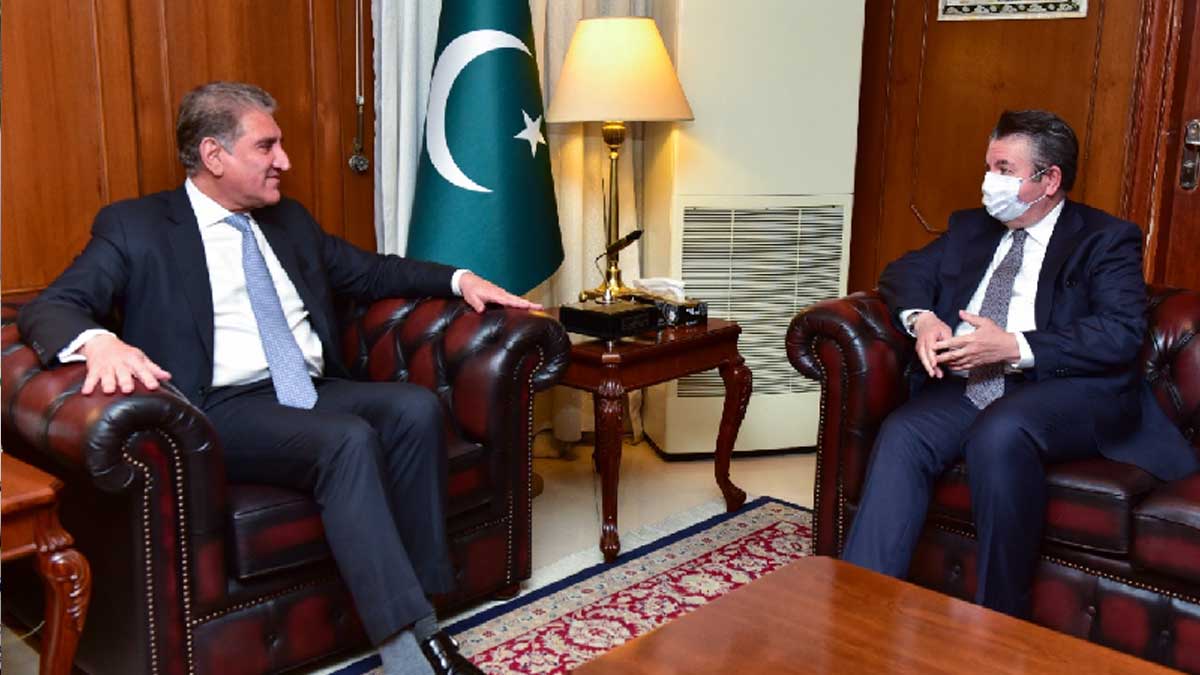 During the official visit to Pakistan Senior diplomat of Turkey Sedat Önal met with Foreign Minister Shah Mahmood Qureshi on Tuesday and deliberated matters of conjoint interest including the Kashmir dispute and Afghanistan crisis.

According to an official statement, the deputy foreign minister of Turkey, Önal, called on Qureshi at the Ministry of Foreign Affairs in Islamabad. Foreign minister Qureshi recapped his pledge to further fortify bilateral relations and collaboration between both the states in all regions of mutual interest.

The foreign minister informed that the upcoming 7th meeting of the High Level Strategic Cooperation Council (HLSCC) will moreover strengthen the tactical conglomerate between Islamabad and Ankara.

Furthermore, Qureshi also cherished Turkey’s unceasing and firm sustenance to the Kashmir cause. “The Kashmiri people value the support of the Turkish leadership,” the FM was cited as saying.

He also applauded the close harmonization between the two countries on the sprouting condition in Afghanistan.

Additionally, the foreign minister thanked his Turkish colleague for joining the extraordinary summit of the Organisation of Islamic Cooperation (OIC) Council of Foreign Ministers that was conducted in Islamabad on December 19 last year.

In the meantime, the Bilateral Political Consultations amid Pakistan and Turkey were also conducted at the Foreign Office on Feb 1. Foreign Secretary Sohail Mahmood led the Pakistan side whereas the Turkish delegation was headed by Deputy Foreign Minister Sedat Önal.

Outspreading a heartfelt welcome to Deputy Foreign Minister Önal, the foreign secretary renowned that the long-standing brotherly kindred between Pakistan and Turkey were exemplary, marked by common belief, harmony of views, and close collaboration on the entire range of two-sided, regional and international matters.

Moreover, both the two sides bartered opinions on the continuing groundings for the 7th Session of the High-Level Strategic Cooperation Council (HLSCC) and the application of the Strategic Economic Framework (SEF), pen down between the two states in February 2020.