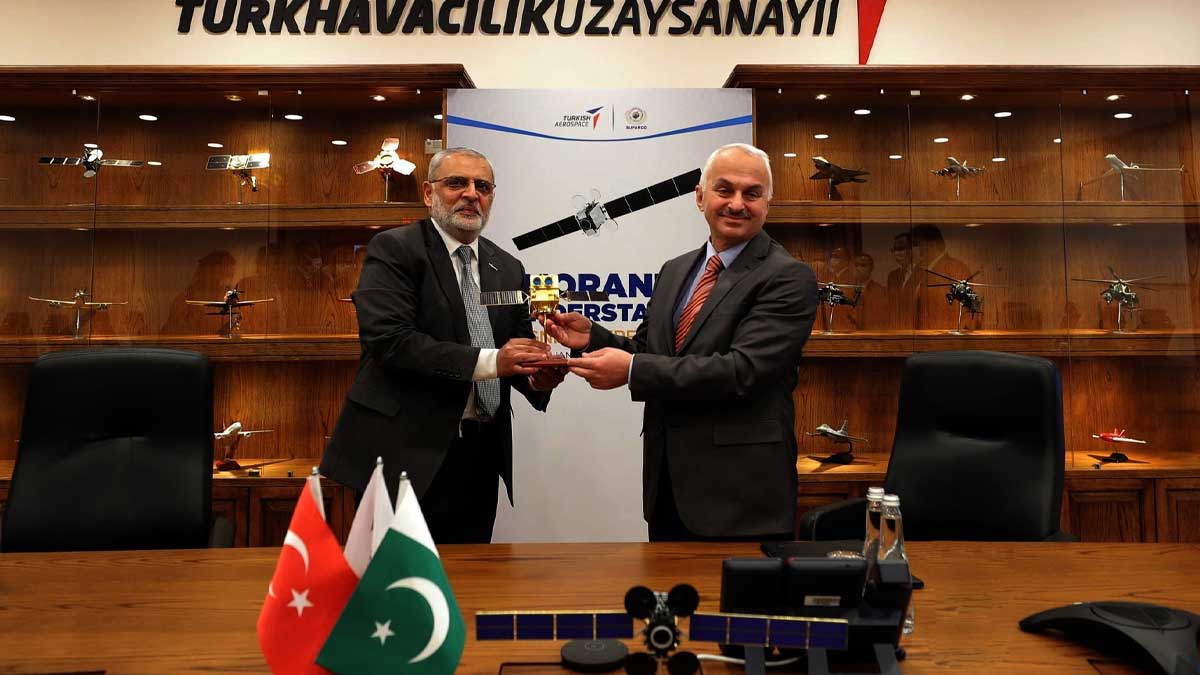 Pakistan has joined hands with Turkey in order to develop space and satellite projects, Turkish defense giant TAI is looking for new customers for the SmallGEO satellite.

Turkish defense giant TAI and SUPARCO will carry out joint studies on electric communication satellites and other space projects within the scope of the agreement signed on Wednesday, Turkish media reported.

TAI launched its first office in Pakistan at the National Science and Technology Park in 2019 in December.

TAI took on twitter and said, “Within the scope of the agreement, we will carry out joint studies on electric communication satellites and other space projects. We wish good luck for the two countries.”

Speaking at the Satellite Technologies Week held in December, TAI CEO Temel Kotil said that they are looking for new customers for the SmallGEO satellite, a telecommunications satellite platform that works with an electric propulsion system.

“It looks like we found a customer, but we don’t share it because it has not been finalized. If it does, we will build three more satellites. A fourth customer also showed up. When these are finalized, we will reach five satellites in total,” said Kotil.

It would not be out of place to mention here that TAI also developed the T129 ATAK helicopters. Pakistan in 2018 agreed to buy 30 T129 ATAK choppers built by TAI. However, Pakistan canceled the deal owing to delays in deliveries.