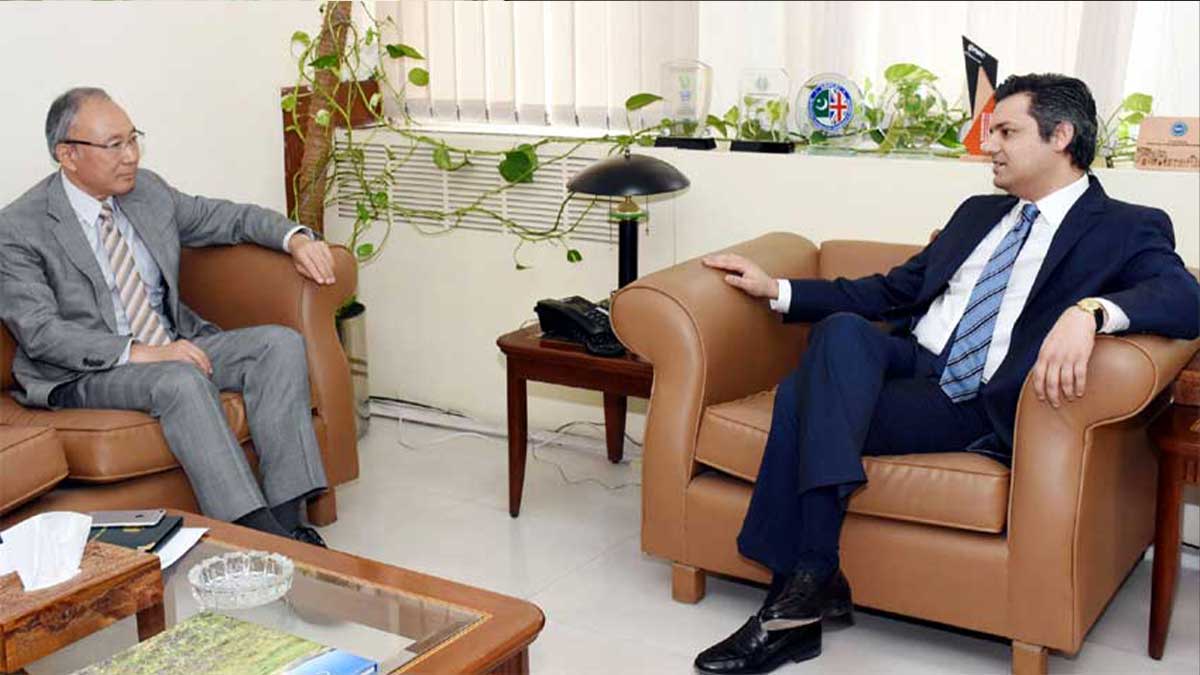 Pakistan is all set to open new areas for oil and gas exploration through competitive bidding which will push massive exploration activities in the country.

The Ambassador of Japan, Kuninori Matsuda had invited Hammad Azhar, the Minister for Energy to the Asia Green Partnership Ministerial Meeting (AGPM) to be held in October 2021 in Japan. He invited the Federal Minister with Japanese envoy during the meeting with Federal Minister on Monday. The Minister accepted the invitation to participate in AGPM.

He said, “Pakistan has significant oil and gas reserves and opening of new blocks will not only increase the local oil and gas production but will also help save a lot of foreign exchange now used for its import.”

During the meeting, the Japanese Ambassador appreciated the efforts of the government of Pakistan in the energy sector. Japanese Ambassador told the Minister that Japan had announced Asia Energy Transition Initiative (AETI) which encompasses $10 billion financial support for renewable energy, energy efficiency, LNG, and other transition.

This will be targeted at decarburization projects in Asia like renewable energy, energy-saving, and conversation to gas-fired power generation from coal-fired power to help with energy transition. Federal Minister informed the Japanese Ambassador of the measures, the PTI government was taking to greatly minimize the growth of circular debt from Rs.538 billion to which was in the fiscal year 2019-20- to just Rs.177 billion during the outgoing financial year.

This effort of the government proved to be a big step that contributed to restoring the confidence of investors.