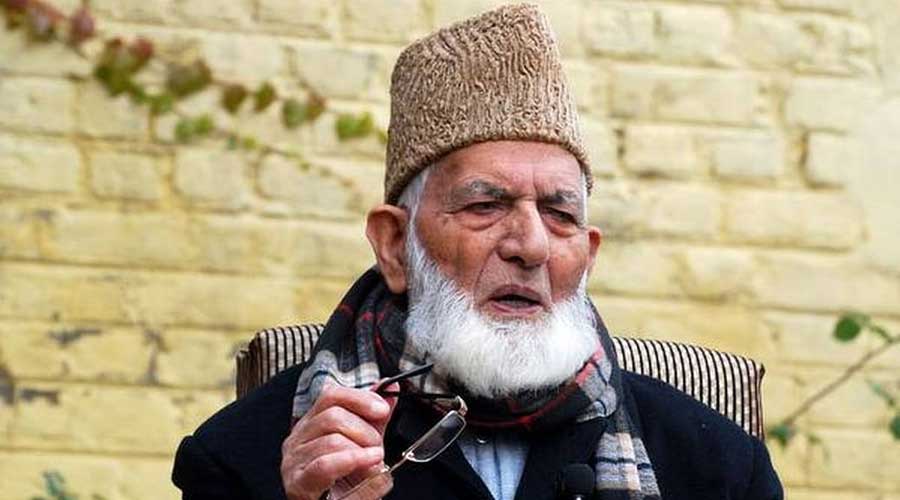 The Senate recommended the government to confer the country’s highest civil award for the relentless struggle of Syed Ali Geelani to settle the dispute decades old Kashmir conflict in the light of UN resolutions.

“Include the life and struggle of Syed Ali Shah Gilani in the educational curriculum at federal and provincial level and mobilise world conscience to help Gilani get best available treatment at a place of his choice,” the resolution read.

According to the report, this resolution also asked for the enclosure of life story of Mr. Geelani in the school curriculum. Later on, the resolution then urged the government to change the name of an engineering university in Islamabad after the name of Geelani.

Nishan-e-Pakistan is conferred by the president of Pakistan in a glittering investiture ceremony in Islamabad.

The highest civilian award was sought after few days when Mr. Geelani announced his resignation in an audio message from the All Parties Hurriyat Conference which is the political front of the Kashmiri separatism from India.

The revered resistance leader of Hurriyat has mostly been under house arrest since 2010, had stated that “members are now free to choose their future course”. Syed Ali Shah Geelani said, “Because of the present situation, I resign from All Parties Hurriyat Conference. I have informed all the constituents of the Hurriyat about the decision,” Geelani also cited “rebellion against the leadership” by cadres as one of the reasons.

All Parties Hurriyat Conference is the main separatist political front of the Kashmiri separatism cause in Kashmir and a staunch opponent of union with India and Geelani stayed its chairman for long.