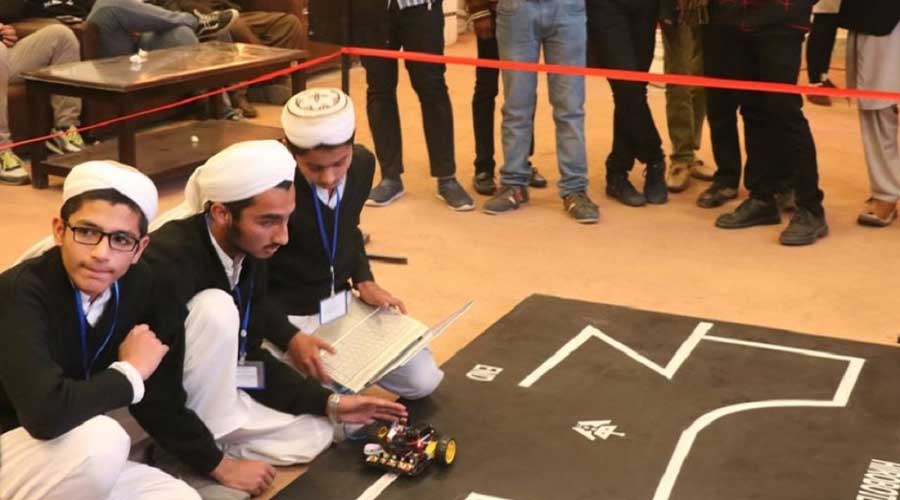 Madrassa students from Jamia Bait-ul-Salam, Talagang, have made it to the final round of Turkey’s biggest tech competition TEKNOFEST

But students from Talagang Madrassa named Jamia Bait-ul-Salam are through to Turkey’s biggest tech competitions TEKNOFEST 2020 final round. The event is planned in Istanbul from September 22 to 27.

The team from Bait-ul-salam Madrassa named Blatu applied for the competition and to everyone’s surprise, surpassed all in the category of Technology for Humanity Social Innovation while securing 87 points from 100.

Last year, Bait-ul-Salam’s students also made headlines when they took part in a robotic competition.

While participating in a robotics competition that was organized in HITEC University Taxila, the Bait-ul-Salam team won the Robofiesta. In that competition over 20 renowned universities were taking part and the robotic team from Talagang Madrassa won the competition.

The name of the competition the madrassa students qualified for is TEKNOFEST. It is organized by the Turkish Minister of Industry and Technology with the collaboration of the Turkish Technology Foundation. To make Turkey more advance in the technology field, Turkish President Erdogan is more focused to enhance the sector by organizing such events.

The Turkish biggest tech festival is held every year in order to transform Turkey into a technology Hub. Students from universities and schools from all over the world participate in the TEKNOFEST each year to exhibit their abilities and skills over dozens of categories.