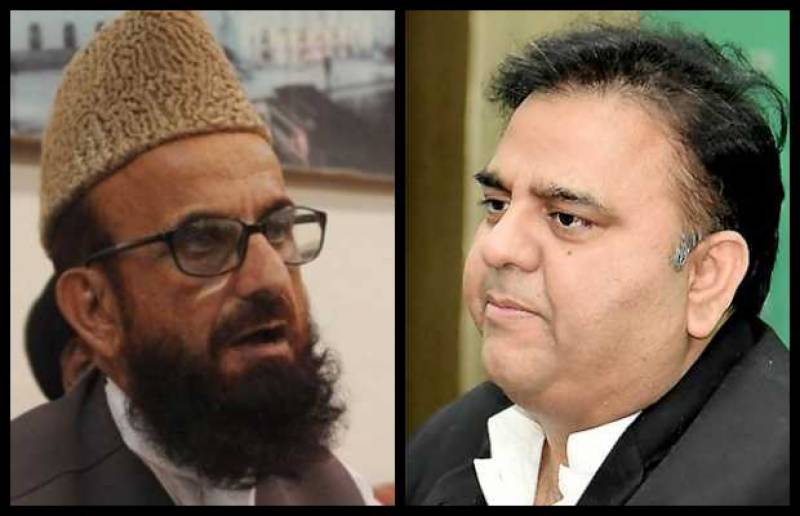 The moon sighting always creates controversy in Pakistan, the Federal Minister of Science and Technology Fawad Chaudhry claimed that Eid-Ul-Adha will be on 31st of July, while the Ruet-e-Halal Committee chairman Mufti Muneeb-ur-Rehman announced that Zilhaj moon sighted on Wednesday and Pakistani Muslims will celebrate Eid on 1st of August.

Mufti Muneeb-ur-Rehman gave a taunting reply in the light of Islam to Science and Technology Minister. Mufti asked the technology Minister which book or science defines the lunar date by the size of the moon? Mufti Muneeb also commented on Minister regarding his expertise over science and further said that “His only work is to mock the religion”.

Ruet-e-Hilal Committee chairman further explained the moon sighting according to Quran and Sunnah. “The new Islamic month starts when you see the crescent, not as per the time and size of the crescent. However, Mufti believes it was the first day crescent as per science and Islam”.

Pakistanis were divided over the new debate shaped by Fawad Chaudhry and Mufti Muneeb-ur-Rehman. Some say Science and Technology Minister is on the right side and some are behind Ruet Chairman.

Moon Sighting in Islam and Fawad Chaudhry vs Mufti Muneeb

According to Hadiths, the word mentioned for moonsighting translates to “See it”. The clerics explain the Hadith by saying that new crescent is grounded on when you see it and not for its mere existence. The crescent may have existed in reality but if for some reason you could not see the moon then the new Islamic month won’t start.

Pakistan is facing many crises and moon sighting is one of them, first, it was Mufti Shahabuddin Popalzai vs Mufti Muneeb-ur-Rehman and now for the past one year its Science and Technology Minister vs Ruet-e-Hilal Committee chairman.

In the battle between Islam and Science, which is centuries old, the citizens are confused about whether to celebrate Eidul Adha on 31st July or 1st August. However, the Government of Pakistan announced Eid holidays which start from 31st July to 2nd of August.