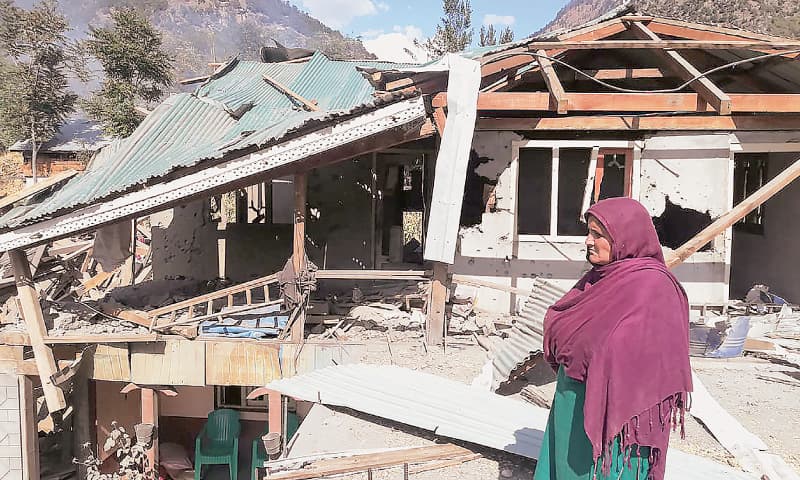 On Wednesday, Pakistani villagers living in Azad Kashmir along the highly militarized border area blamed India for deliberately making civilians the target, however, they have vowed for not leaving their place.

But, Indian officials ignored such accusations and did not comment directly. In the past, they accused Pakistan of starting the hostilities in violation of a 2003 Ceasefire Agreement and causing casualties in occupied Kashmir.

Abdul Aziz and some other villagers told foreign journalists whom military accompanied to the region to make them the witness of the difficulties which residents are facing living along the frontline.

Aziz said “most of the people who live along the Line of Control (LoC) that separates the region between Pakistan and India have either lost family members or close relatives because of Indian firing in recent decades.”

This man demonstrated the critical condition going on in Kashmir by the bandage on his right arm while sitting on a chair in the Chirikot village.

Another young man standing beside him, Asad Zubair, was also wounded and he said that he was wounded two years ago by the Indian firing. He said they did not fear death as death could come from anywhere but they would like to live in the region.

Everyone there seemed enthusiastic about facing challenges and no one seemed afraid of death. Major General Amer Ahsan Nawaz the region’s top Pakistani military commander directed all journalists there about the Indian ceasefire violations in Azad Kashmir.