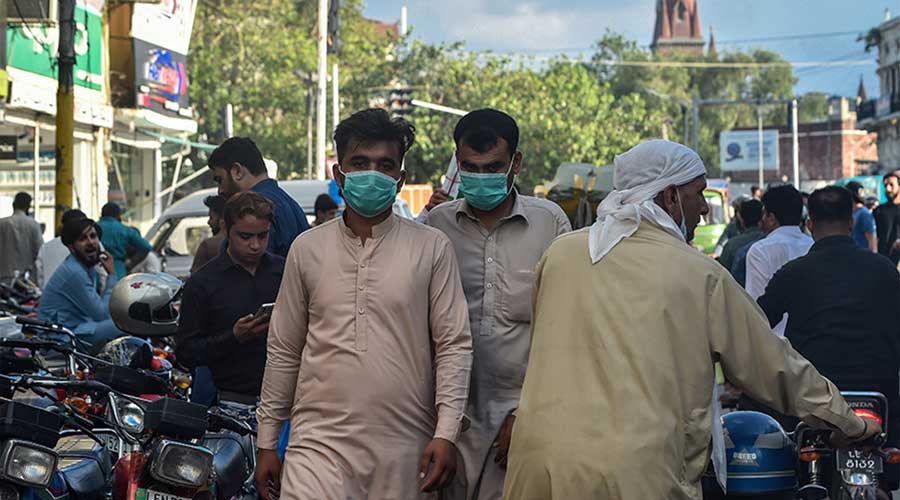 Pakistan recorded the highest positivity ratio of the current season as COVID-19 positive cases are surging rapidly under the impact of the second wave.

The positivity rate in the country stood at 7.46 percent with 35 people having died on an average from Covid-19 during the last one week, as per the released data of the National Command and Operation Centre (NCOC). It further released that out of the total number of cases, 19 percent surfaced in educational institutions.

The ratio is calculated on the basis of positive results in 100 samples.

Moreover, there has been an increase of 82 percent in educational institutions during the last 2 weeks with the positivity ratio rising from 1.8pc to 3.3pc.

Rawalpindi, Multan, Lahore, and Faisalabad are the major hotspots in Punjab while Karachi and Hyderabad are the hotspots of Sindh. In Khyber Pakhtunkhwa, Peshawar, Abbottabad, and Swat had the highest number of patients, while Mirpur in Azad Kashmir and Gilgit in Gilgit-Baltistan recorded the highest Covid-19 infection positivity rate.

Furthermore, the NCOC meeting was informed that 2,155 patients were admitted to hospitals, while the number of critical patients had doubled during the last two weeks. As many as 267 ventilators were in use across the country out of 1,803 reserved for coronavirus patients.

The Pakistan Medical Association (PMA), a representative body of health professionals seems concerned for the current condition of Pakistan and have warned the whole country to take this second wave seriously by following SOPs and taking precautionary measures.

Dr. Sajjad said, “We should be thankful to God for His special blessings that we remained safe during the first wave and did not face a serious situation like seen in other countries. However, we regretfully say that despite the severity, people are not seen adopting preventive measures and the government seems to have failed to enforce SOPs.”