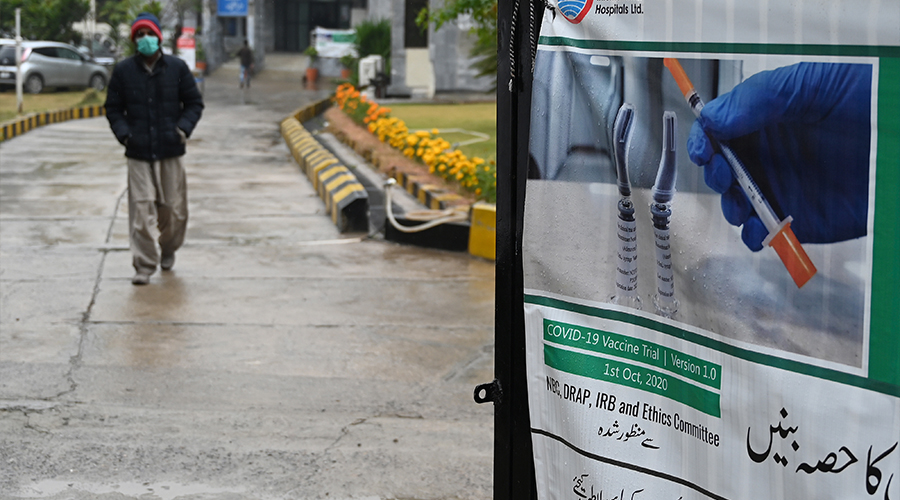 Pakistan on Tuesday reported its first confirmed cases of the new Covid-19 strain, labelled B.1.1.7, first detected in the United Kingdom.

The new coronavirus variant, which first emerged in the UK, has been detected in Sindh and the federal health authorities have been updated about it.

According to the Sindh health department, 12 samples of UK returnees were taken for genotyping out of which six were positive and three showed the new variant of the Covid virus in the first phase.

Health and Population Health Department took to twitter to make others aware of Pakistan first cases of the new covid strain, “Samples of 3 UK returnees show a 95% match to the new Corona Virus variant from UK in the first phase of Genotyping. #SindhHealth.”

“The genotyping showed 95 percent match of the new variant from the UK. These samples will go through another phase of genotyping,” said Meeran Yousuf, spokesperson for the Sindh health department.

She added “Meanwhile, the contact tracing of these patients is in process and their contacts are also being isolated.”

The World Health Organization tweeted earlier this month that it was “in close contact with UK officials on the new #COVID19 virus variant” and promised to update governments and the public as more is learned.

The new strain was identified in southeastern England in September and has been spreading in the area ever since, a WHO official told the BBC.

“What we understand is that it does have increased transmissibility, in terms of its ability to spread,” said Maria Van Kerkhove, WHO’s technical lead on Covid-19.

The new strain, referred to by some experts as the B.1.17 lineage, is not the first variant of COVID-19 pandemic, but it is said to be up to 70% more transmissible than the previously dominant strain in the UK.