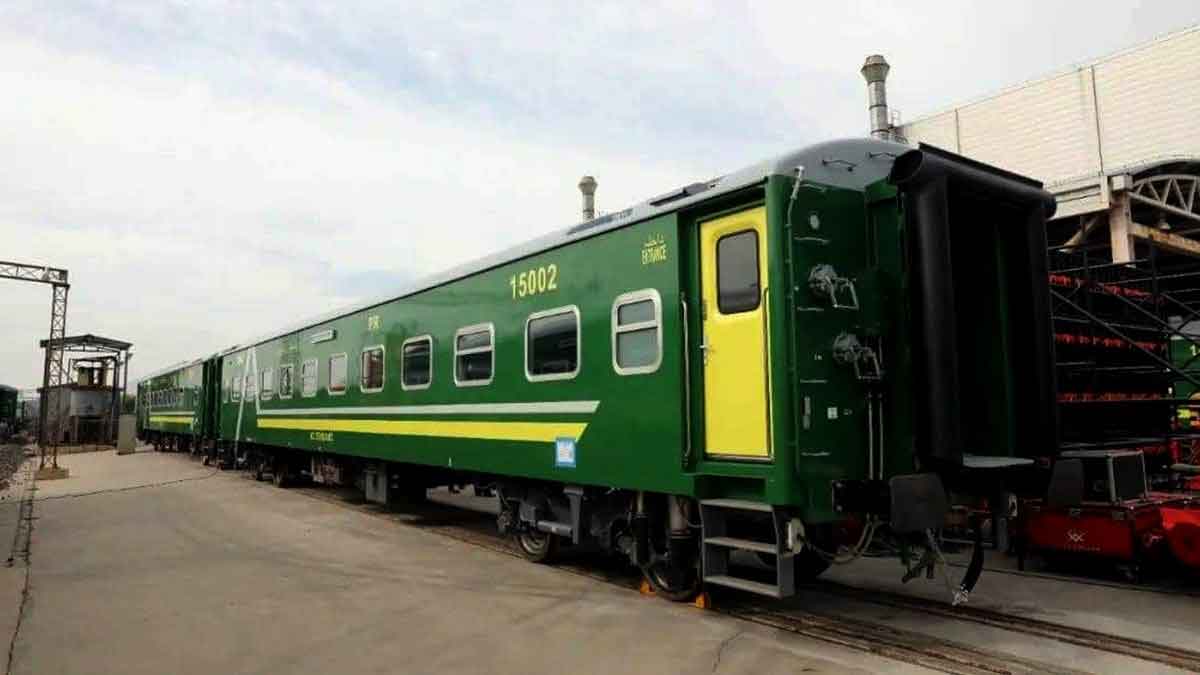 The Pakistan Railways (PR) will get 40 high-speed passenger coaches, out of a total of 200, from China by the end of this year. The coaches will run at the train’s speed of 160 kilometers per hour. PR teams are in China to inspect the prototypes of the coaches besides the modern high-capacity wagons (goods/freight wagons) and also to receive training on the manufacturing of such rolling stock, media reported on Sunday.

A PR official informed the media that the first batch of high-capacity freight wagons would be ready by January or so as their prototypes are not ready. The railway is engaged to upgrade the dilapidated track as the Khanpur-Kotri section is not suitable for high-speed train operation.

Read more:230 modern coaches to be added to Pakistan Railways fleet this month

“But most of the ML-1 parts are fit for the 120km per hour train operation, and after the completion of the ML-1 project under the China-Pakistan Economic Corridor (CPEC), the entire ML-1 track would have the capacity to bear the rolling stock operations at the speed of 160km per hour,” the official said, adding that the work related to upgradation of the track, especially the Khanpur-Kotri, would be launched soon.

The $140 million contract envisages that the Chinese company is to manufacture 230 advanced high-speed passenger coaches, out of which 46 will be sent as completely built units while the remaining 184 will be made in Pakistan by the PR engineers and technical staff under the supervision of the Chinese experts.

In a similar nature contract, a Chinese firm will build 800 freight wagons and 20 brake wagons. The production of 184 coaches in Pakistan will be under the ‘Transfer of Technology’ project. For the coaches which are to be manufactured in Pakistan – PR Carriage Factory, Islamabad – the Chinese company will provide spare parts and raw materials.

According to sources, the PR teams went to China in the second week of August including 18 officials for design inspections, 20 for other inspections, and the others for training purposes related to the transfer of technology.