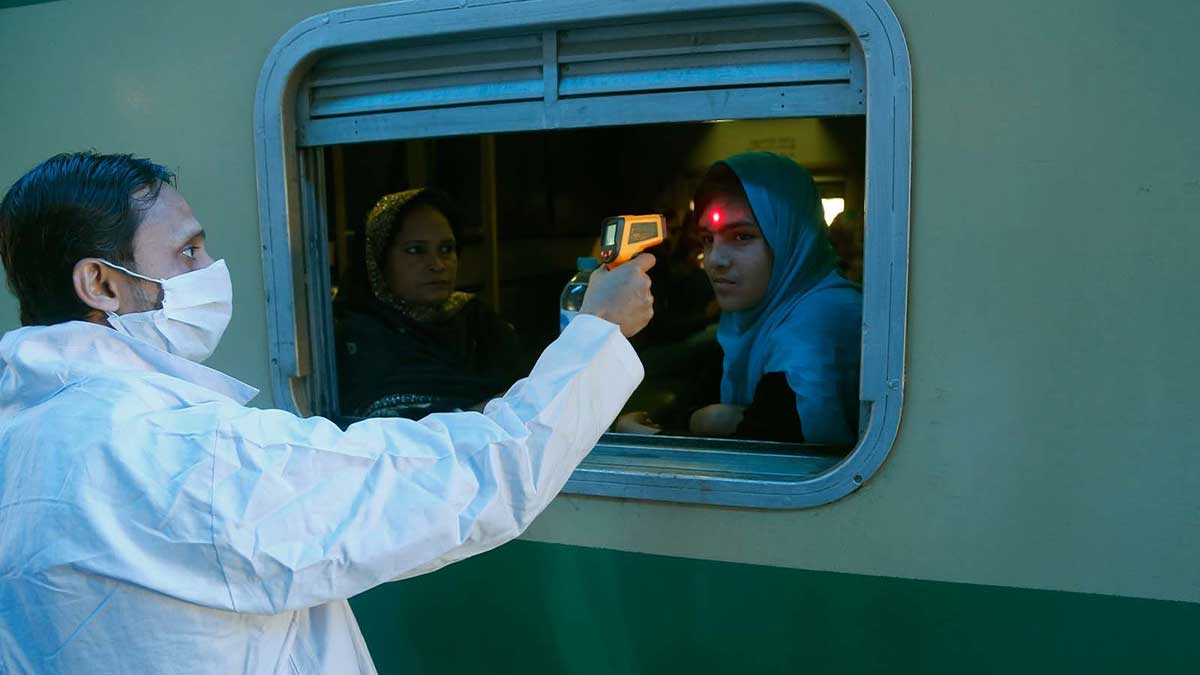 Unvaccinated people have been banned to travel via railways in the country starting today, people who have received a single dose can travel after 15th September, while from 15th October, only fully vaccinated people will be allowed to get on board.

Last week, a spokesperson for the Pakistan Railways said that the state-owned railway company is going to ban unvaccinated passengers from September 15 as the authorities ramp up curbs to increase vaccinations.

Moreover, the check on coronavirus standard operating procedures (SOPs) has improved at railway stations, while the railways’ employees have been directed to get the first jab by September 15 and the second one by October 15.

The vaccination for domestic air travel will be mandatory after September 30.

From September 30, only those people who will have taken both vaccine shots will be allowed in shopping malls.

Last month, the National Highways and Motorway Police (NHMP) had announced that after September 15, unvaccinated people would not be allowed to travel on the motorway.

Whereas, the unvaccinated people will not be allowed to use public transport from October 15.

From September 30, both shots will be mandatory to access hotels and restaurants.

Umar announced that those who have not taken both vaccine doses will not be allowed to attend marriage ceremonies, whether they are indoor or outdoor, after September 30.

SAPM Sultan said that the NCOC has developed a mobile application in collaboration with National Database and Registration Authority (NADRA) to provide vaccine certificates to people.

All people have to do is to submit the required details and their certificates will be generated, Sultan said. Pakistanis vaccinated abroad too will be able to generate vaccination certificates from the NADRA website started on August 26.