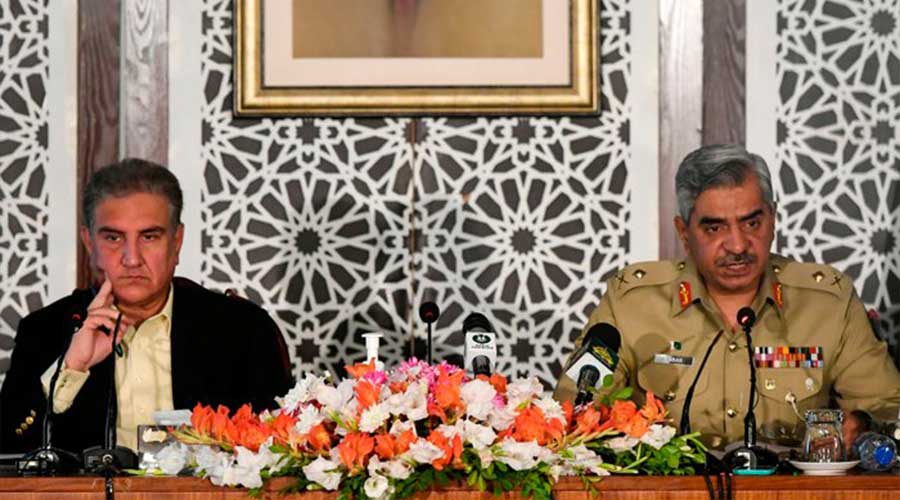 While addressing an important conference, DG ISPR General Babar Iftikhar said that Pakistan have concrete irrefutable evidence regarding Indian involvement to upscale terrorism in the country through financing and supplying arms to terrorist outfits.

“BLF (Baloch Liberation Front)1 and BLA (Balochistan Liberation Army) were involved in attacking PC Hotel in Gwadar and a RAW officer Anurag Singh planned the attack. Singh had been given $0.5 million for carrying out the attack on Gwadar’s hotel, whereas, Dr Allah Nazar acted as a communicator between terrorists and India.”

General Babar Iftikhar revealed that Colonel Rajesh who is the mastermind behind terrorist attacks planning in Pakistan held four meetings with banned outfits at Indian Embassy in Afghanistan.

“The Indian intelligence agency RAW transferred Rs55,581 through a bank, whereas, $0.82 million had been transferred to TTP commanders besides raising a militia of 700 terrorists by spending $60 million. $23.5 million funds were used creating anarchy in Balochistan.”

“Altaf Hussain group had been given $3.23 million. India has been found involved in disrupting peace in Pakistan by assistant different organisations. In the terrorist attack on Pakistan Stock Exchange (PSX) in Karachi, Indian explosive material and suicide jackets had been used by the attackers. RAW dispatched Rs22 million funds for upscaling terrorism in Pakistan, whereas, its handlers had kept meeting TTP representatives.”

The army media wing spokesperson also showed the communication letters which are the irrefutable evidence of funds transfer to banks in Afghanistan by India along with playing a audio take of Dr. Allah Nazar.

The DG ISPR also said that India is also involved in attacks in Gilgit-Baltistan (GB) and Azad Jammu and Kashmir (AJK), and continuously increasing its aggression in the Line of Control (LoC) and targeting innocent civilians.