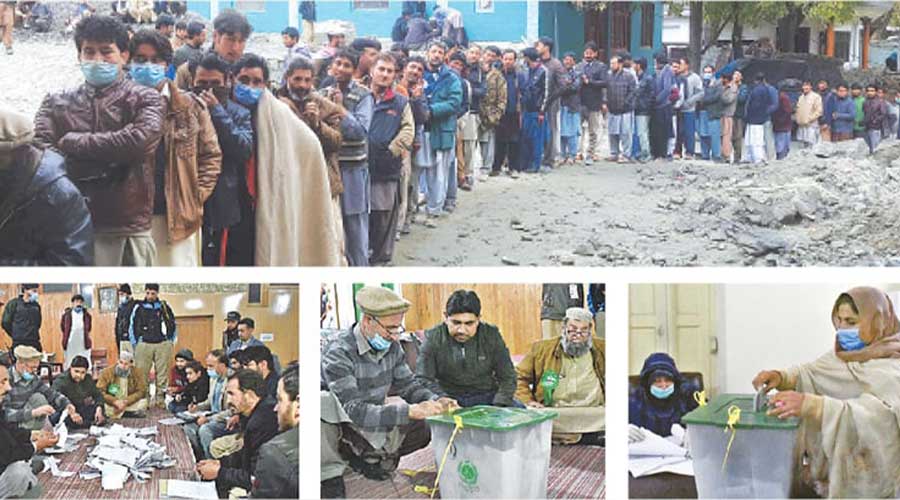 There was a hustle and bustle in the past few days in Gilgit-Baltistan (GB) as residents of the picturesque snow-covered mountainous region enjoyed political rallies and events for the important Gilgit-Baltistan Election 2020. The people of G-B headed towards the polls to select their third legislative assembly. The voting began at 8:00 am and ended at 5:00 pm sharp.

As per unofficial results, the ruling party of Pakistan Tahreek-e-Insaaf is leading on 10 seats, then comes the independent candidates who have clear majority on 7 seats, Pakistan Peoples Party managed to clinch four seats and Pakistan Muslim League-Nawaz (PML-N) won the election on two seats.

These are the unofficial results emerged from different constituency,

Javed Ali Manwa, an independent candidate emerged as victorious as he took 2,570 votes in Gilgit-Baltistan Election and his opponent Rizwan Ali a MWM nominee got 1,850 votes.

In a tight margin the independent candidate Abdul Hameed got victorious over PTI’s Amina Bibi. Abdul Hameed bagged 3,666 votes while his opponent received 3,296.

The PPP candidate Amjad Hussain grabbed victory after taking 11,178 votes and beat the independent candidate Sultan Rais who got 8,356 votes.

According to the data shared by G-B Election Commission, a total of 745,361 residents of G-B were registered to vote and among them 339.992 were women.

Around 1,234 polling station was installed in 24 constituencies.