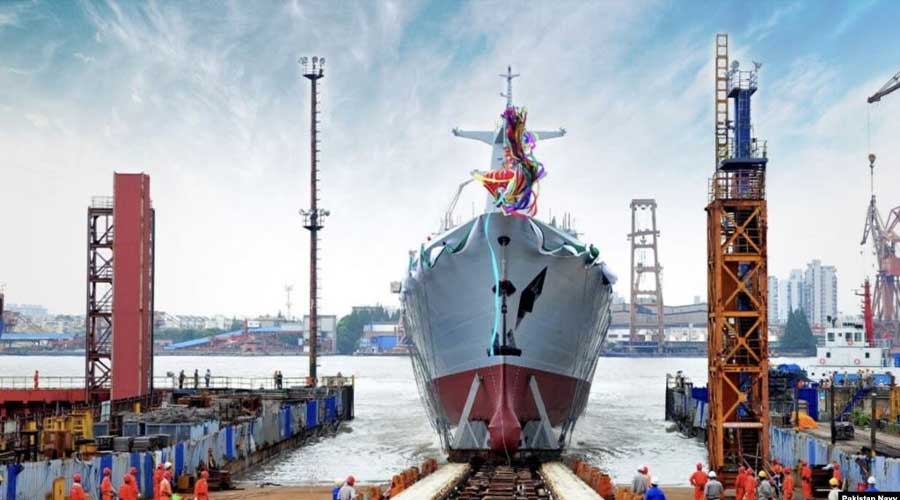 China launched an advanced warship for Pakistan Navy, the largest it has built for any country, also it is the first one among the most sophisticated naval platforms.

Amid deepening defense and economic ties with Pakistan, China has launched an advanced warship for its navy. It is readying for its closest ally. According to the report, the Type 054A/P, a guided missile frigate, is the largest combat ship China has sold to a foreign navy and is “an important milestone” for China’s military export sector.

According to experts, type 054A is the best frigate in service with the people’s Liberation Army Navy. Moreover, this warship has a fully loaded displacement of about 4k metric tons, also it is equipped with advanced radars and missiles.

The navalnews.com, a website tracking naval technology said, “The Type 054A is a multi-role frigate and is recognized as the backbone of the PLAN fleet of surface combatants with 30 vessels in commission. They have a length of 134 meters, a beam of 16 meters for a displacement of 4,000 tons.”

Furthermore, Chinese state media reported that the acquisition of the warship by Pakistan will double the combat power of the surface of the navy fleet. Pakistan navy will have similar three more warships in its fleet.

The Chinese state-owned Hudong Zhonghua Shipyard in Shanghai held the launch ceremony for the advanced warship with top officials and naval officers attending the function.

The ship launching took place after two days when Foreign Minister Shah Mahmood Qureshi discussed the grim human rights situation in the Indian Illegally Occupied Jammu & Kashmir (IIOJK) with his Chinese counterpart Wang Yi. It was discussed in the second round of the foreign Minister of China-Pakistan dialogue in Hainan.

After the meeting, President of China Xi Jinping called Pakistan a “good brother” and a “good partner” to his counterpart President Arif Alvi.