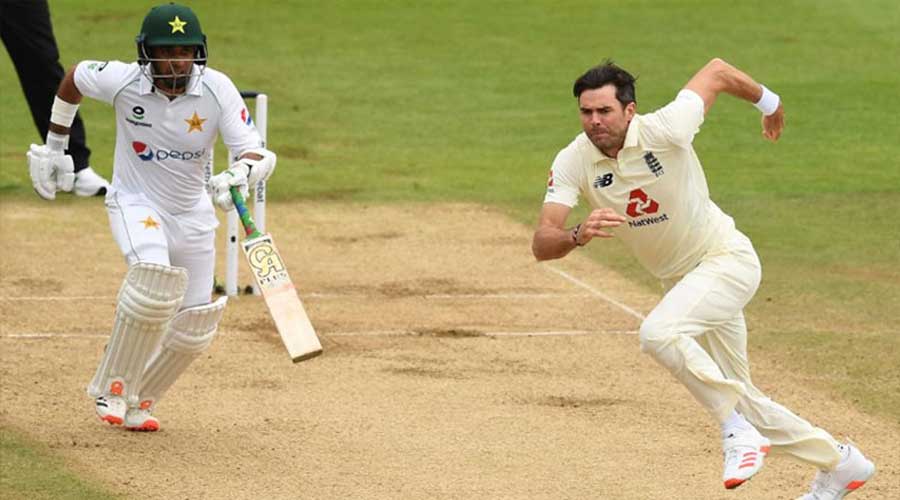 Pakistan has started their 2nd innings on the fourth day of the final Test against England at the Rose Bowl in Southampton. Only hope for Pakistan is to play a sensible game of cricket and look for a draw.

Pakistan’s score is 88 and Captian Azhar Ali and Abid Ali are on the crease. Opener Shan Masood got LBWed by Stuart Board after scoring 18 runs.

Captain Azhar Ali remained unbeaten on 141 as Pakistan were all out on 273 and trailed by 310 runs in the final test against England.

Azhar’s resilience helped up Pakistan but his 141 could not fill the massive gap that England put in their first innings after declaring the innings at 583.

England team got the breakthrough late in the game after captain Joe Root’s men were able to impose follow on to seal the series.

However, the second innings did not start due to bad light and the innings will be started on the fourth day of the third and final Test at Southampton.

After the early fall of the wickets, Pakistan test skipper and wicketkeeper handled the situation very calmly and reversed the pressure on England side as the pair scored 138 runs as sixth wicket partnership. After playing around 40 overs restless Rizwan was caught by Woakes delivery and made a contribution of 53 runs.

Stuart Broad took 2 wickets of Yasir Shah and Shaheen Shah for 40 runs. While star bowler Anderson hunted 5 players including both openers, Azam, Asad Shafiq and Naseem Shah after conceding 56 runs.
The England bowler is only two wickets away from significant milestone of 600 test wickets.

After returning to Pakistani team after a decade, Fawad Alam did not make a huge impact and scored only 21 when England spinner Dom Bess ball turned and bounced and Buttler took the catch off the shoulder of the bat.

Azhar Ali became Pakistan’s fifth-highest runs scorer of all time in test cricket. With his 141 runs innings against England Azhar moved beyond 6,000 runs in the longest format of the game. This was the 17th century of 35-year-old test captain.