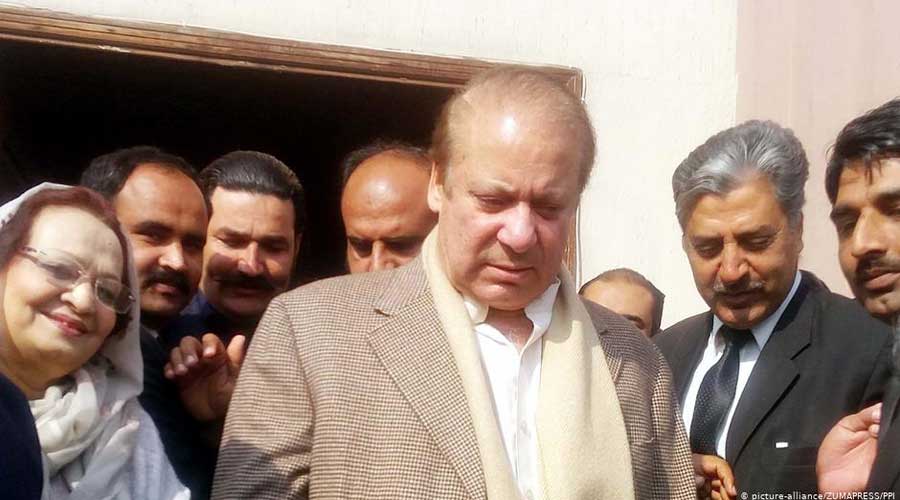 On Monday, Federal Minister for Science and Technology Fawad Chaudhry said that Nawaz Sharif will go straight to prison upon his return to Pakistan.

Former Prime Minister Nawaz Sharif went to London in order to get treatment when he was imprisoned and he has not returned till now. Fawad Chaudhary for this purpose said that Nawaz will be sent to the prison the moment he lands in Pakistan.

The Federal Minister said that the court has changed the surety in the case but it needs to summon his brother Shehbaz Sharif to discuss the former PM’s return. “First of all, Nawaz was serving jail time so when he returns, he will go back to jail. Secondly, Nawaz will do plea bargain and return the money [he allegedly looted],” said the minister.

Mr. Fawad further said that Nawaz was disqualified by the apex court and cannot contest the election.

PML-N leader Rana Sanaullah reacted to Chaudhry’s statement of Nawaz Sharif going to prison upon return, and said that Nawaz went abroad due to illness, adding that there are relevant statements on the matter by the medical board and government officials.

Moreover, former Punjab law minister questioned PTI leader’s stance by saying that “an incompetent lot” is contradicting its own statements. “If Nawaz went abroad because of a deal then who allowed it?” he added that Nawaz Sharif will return when he wants and on his own will and wish to return on the completion of his treatment.

Before the statement of Federal Minister for Science and Technology Fawad Chaudhry, Shahbaz Akbar Prime Minister Imran Khan’s special assistant on accountability on Saturday said that Nawaz left Pakistan for the sake of better treatment on some conditions but not even a single condition has been fulfilled.

However, the National Accountability Bureau has filed an appeal in IHC for Nawaz Sharif’s 7 years of imprisonment sentence in the Al Azizia Steel Mills case to be extended to 14 years. The case will be heard by Justices Amir Farooq and Mohsin Akhtar Kayani on September 1.