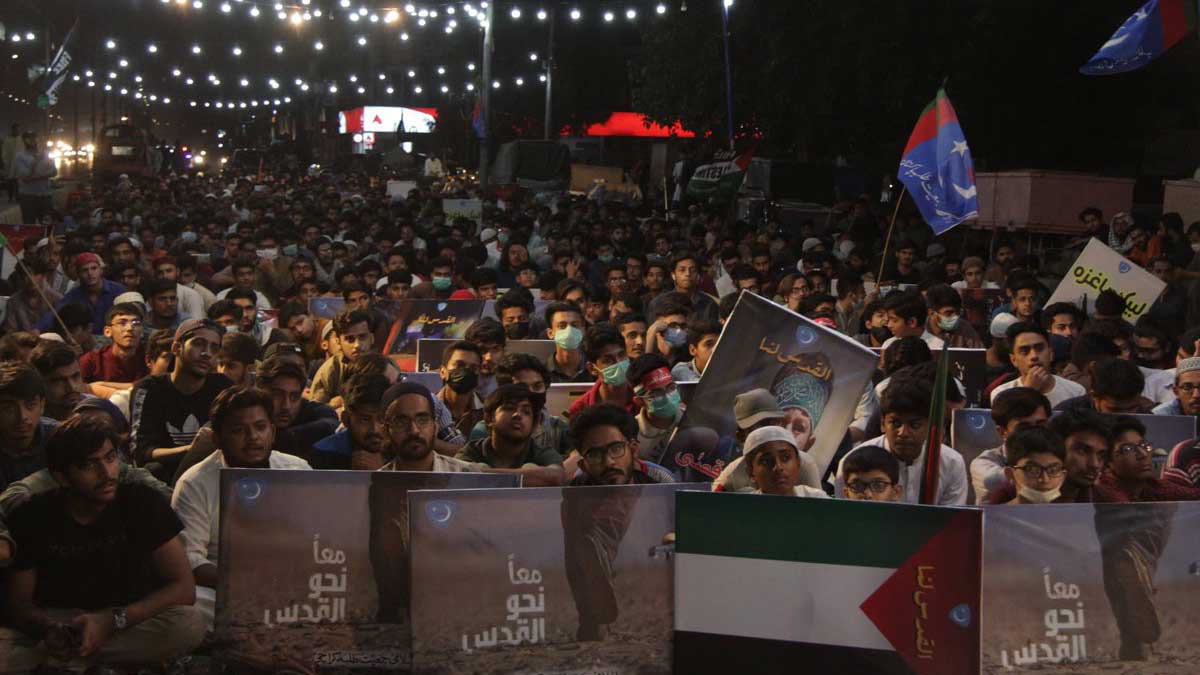 Pakistan is observing Palestine Solidarity Day today to give a united message to the world for standing beside the people of Palestine against Israeli atrocities.

Initially, it was announced that that nation will commemorate Palestine Day on Friday, May 14th, the second day of Eid ul Fitr, according to Prime Minister’s representative on Religious Harmony Tahir Ashrafi.

Tahir Ashrafi told a news conference in Islamabad that Prime Minister Khan has tasked Foreign Minister Shah Mahmood Qureshi with coordinating with other countries on the situation in Jerusalem.

Pakistan will continue to speak out for oppressed Kashmiris and Palestinians at any international forum, he said.

“This is yet another heinous activity during Ramadan, following increased sanctions on Palestinians’ fundamental freedoms and attacks inside and outside the Al-Aqsa Mosque,” the FO spokesperson said in a statement.

According to him, Israel’s unlawfully use of force against weak and vulnerable Palestinians, resulting in deaths and injuries, violates all humanitarian norms and human rights rules.

Pakistan also urged the international community to end the indiscriminate use of force and serious violations of Palestinian people’s human rights.

“On the basis of internationally accepted criteria, the pre-1967 boundaries, and with Al-Quds Al-Sharif as its capital, the establishment of a viable, autonomous, and contiguous State of Palestine is the only durable guarantee for peace in the region,” the statement concluded.

After rockets were fired from the enclave, the Israeli military resumed its assault of the devastated Gaza Strip on Tuesday, attacking several locations.

Since late Monday, Israeli air strikes on Gaza have killed at least 28 Palestinians, including ten children, according to Gaza health officials.

In recent days, more than 700 Palestinians have been injured in Jerusalem and the occupied West Bank.