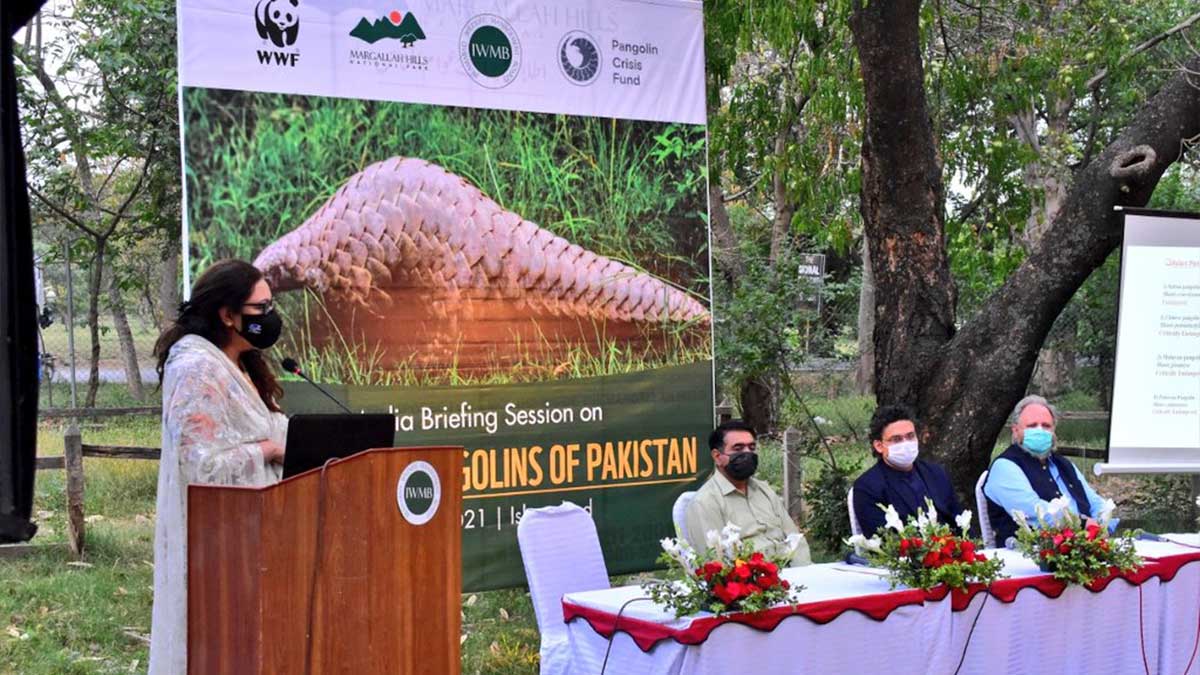 More than 80 percent of pangolins have been allegedly hunted for scales and meat, said Rab Nawaz, Senior Director Biodiversity at WWF-Pakistan.

World Wildlife Fund (WWF) Senior Director (Biodiversity) Rab Nawaz pointed out that that country has lost more than 80 percent of its pangolins due to their illegal killing for scales and meat. “We know persecution by farmers has always been there. But we have seen a very sharp decline due to their illegal trade especially in China where demand by the growing middle class for their scales and meat has increased significantly in the last ten years.”

He was speaking at an awareness session, organized by WWF and Islamabad Wildlife Management Board (IWMB), on the Scale and Scope of Illegal Trade of Endangered Indian Pangolin, its Ecological and Economic Benefits and Conservation Efforts in Pakistan, in Margazar Zoo, Islamabad.

“We are trying to get a message across how important not only pangolins but other species are in Pakistan. We have lost a lot of species and we are losing more. We have lost 80 percent of pangolins and perhaps more than 80 percent of our fresh water turtles, all due to the same issue of illegal smuggling and we are losing more species than we know about,” Mr Nawaz pointed out, adding trade in wildlife itself was the third biggest black market trade in the world.

He further said the country has no penalties but the rewards are huge, however some poachers can get thousands of dollars in the illegal market. “We have been working with the customs departments who take this issue seriously. It’s a good thing and a bad thing that we have seen confiscations of pangolin scales in the last six to seven years.”

He added, “It’s a good thing that they are failing smuggling attempts. It’s not a good thing because it is still being smuggled out of Pakistan. We need to stop the collection because once the customs catch them, the animal is already dead so that is no good,” Mr Nawaz said.

He said that WWF is unable to stop this huge illegal business alone, as penalties are irrelevant, he said by adding that support from the government, communities, journalists and international organizations is also required.