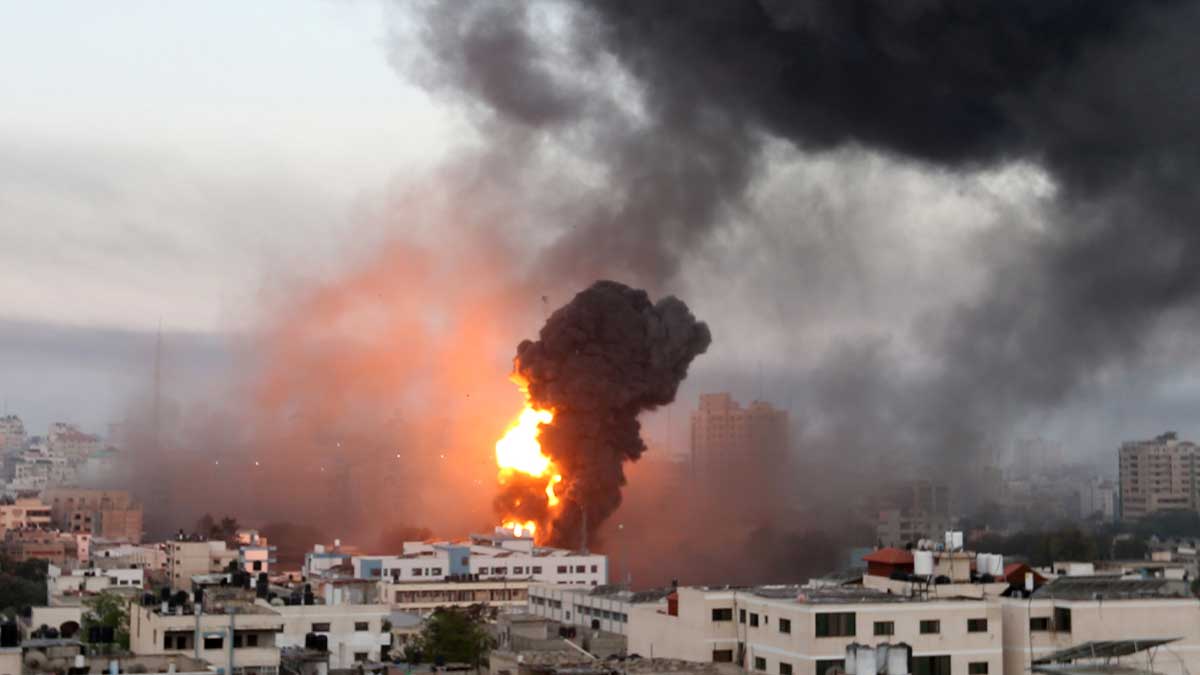 The heaviest offensive between Israel and Hamas since a 2014 war in the Hamas-ruled enclave has killed at least 43 people in Gaza, including 13 children, two Palestinians in the West Bank, and six Israelis.

The most intense hostilities in years, triggered by weekend unrest at Jerusalem’s Al-Aqsa mosque compound, which is sacred to both Muslims and Jews, has increased international concern that the situation could spiral out of control.

The UN Special Envoy for the Middle East Peace Process has warned that Israel and Palestine are on the verge of a full-scale conflict.

“Put out the fire as soon as possible. We’re on the verge of a full-fledged war. De-escalation is the responsibility of all leaders on both sides “Tor Wennesland expressed himself on Twitter.

“The expense of the war in Gaza is enormous, and ordinary citizens are suffering the consequences of it. The United Nations is working with all parties to maintain calm. Put an end to the violence right now “he said.

Israel launched fresh air strikes on Gaza, flattening a 13-story building there, followed by a volley of rockets fired at Israel’s capital by Gaza’s resistance groups. The deadly conflict between Israel and Gaza was triggered by weeks of Israeli violence in occupied Jerusalem.

On Tuesday, the death toll in Gaza, which has been subjected to Israeli ground, air, and sea attacks, reached nearly 43, including children. At least 230 other people were hurt.

At least six Israelis were killed by rocket fire from Hamas, which said its attacks were aimed at forcing Israeli forces out of the Al Aqsa Mosque compound.

Witnesses said a 13-story residential building in Gaza’s besieged city collapsed after being hit by an Israeli air attack.

Residents in the surrounding area were forced to rely on flashlights after the power went out.

Residents of the building and others who lived nearby were forced to flee.

Residents in Gaza reported their homes trembling late into the night and the sky lighting up with near-constant Israeli attacks.

Hamas announced shortly after the attack that it would retaliate by shooting rockets at Tel Aviv. Several people were injured in Tel Aviv, according to reports.

Flights at Tel Aviv’s Ben Gurion airport have been grounded “to enable defence of the nation’s airspace,” according to the Israel Airports Authority.

The city was filled with air raid sirens and blasts, and the skies were lit up by the streaks of numerous interceptor missiles fired at the incoming rockets.

As the sirens rang, pedestrians fled for cover, and diners poured out of Tel Aviv restaurants, while others flattened themselves on the pavement.

The armed wing of Hamas said, “We are now carrying out our promise.” “In response to the enemy’s targeting of residential towers, the Qassam Brigades are launching their largest missile attack toward Tel Aviv and its suburbs, with 130 rockets.”

The Israeli military, on the other hand, said that many of the rockets fired from Gaza had missed their target and that Israel’s Iron Dome air defences had intercepted the majority of those that made it across the border.

Journalist Nizar Sadawi announced from Gaza that Israel is targeting the Palestinian enclave from land, air, and now sea after launching gunboats that hit beaches.

He said Hamas “has paid, and will pay a heavy price” in a nationally televised speech late Tuesday.

He stated that Israel would continue with an accelerated activity, but that the task would “take time” to complete.

Israeli Defense Minister Benny Gantz said that the attacks on Palestinians so far were “just the start.”

Following Israeli strikes on hundreds of sites in Gaza since Monday evening, Gantz said, “There are many targets to reach.”

He said, “This is only the beginning.”

Ismael Haniya, the Hamas leader, said Gaza is “ready” if Israel wants to escalate the conflict.

He said that the Palestinians had won the battle to protect Jerusalem and the Al Aqsa Mosque.

According to Israel’s Channel 12 TV, a rocket attack from Gaza struck an energy pipeline between the Israeli cities of Eilat and Ashkelon.

An official from the energy sector confirmed to the Reuters news agency that an Israeli pipeline had been hit, but gave no further information.

Flames could be seen emerging from what appears to be a massive fuel container in a video broadcast by international news channel “Channel 12”.