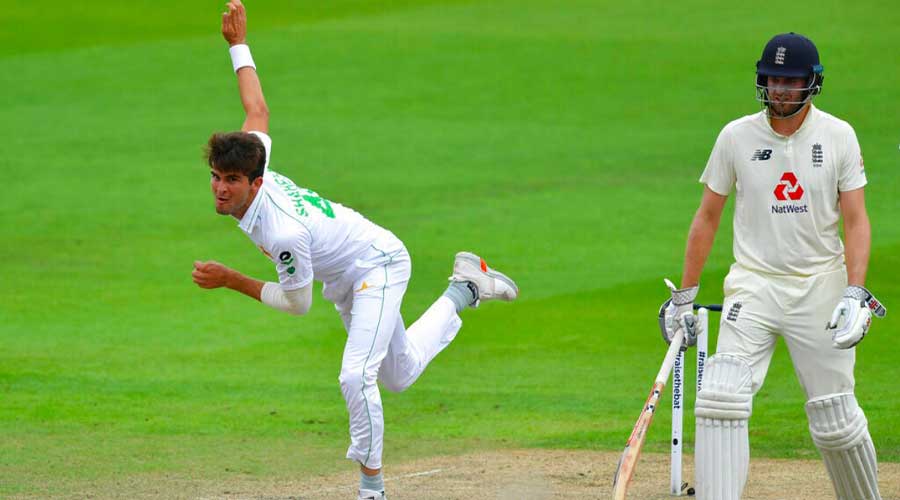 Pakistan is in a see-saw situation as England has started its final chase in the second innings of the first test match after sending Pakistan side back to pavilion for 169 runs. England requires to reach the target of 277 runs to claim the first victory against Pakistan at Old Trafford, Manchester.

Pakistan team carried a lead of 107 runs from the first innings but in the second innings, all the hard work done by Shan Masood, Babar Azam, and bowlers went in the drain when at the end of day three Pakistan were 137-8.

The first innings hero who bailed out Pakistan did not manage to pour runs in second innings and the responsibility was transferred over to captain Azhar and Asad Shafiq.

In the second innings, the skipper did not fail to disappoint as he was trapped lbw by Woakes and added only 18 runs on the board.

After Azhar Ali, the wicketkeeper M. Rizwan came into the crease and slowed down the falling wickets, but it came to an end when Asad Shafiq was run out by James Anderson.

Before the end of the day, another wicket fell and Pakistan were 137-8 and had a lead of 244 runs but it looks like Pakistan may have slipped this test match as England returns to chase on the fourth day.

Earlier in the day, while chasing Pakistan’s 326 runs, England resumed their innings as Ollie Pope and Jos Buttler were at the crease. After making half century Pope was dismissed by Young Naseem’s extra bounce delivery and caught in the gully.

Rain was an unexpected guest but luckily the disruption was a brief one. After the Rain break, it was all Yasir Shah and his majestic deliveries and grab four wickets in total. England were all out for 219.

All Pakistani bowlers picked up wickets but Yasir Shah was most successful of all. Overall spinners took 6 wickets which turn out to be a good decision by management who selected two spinners.