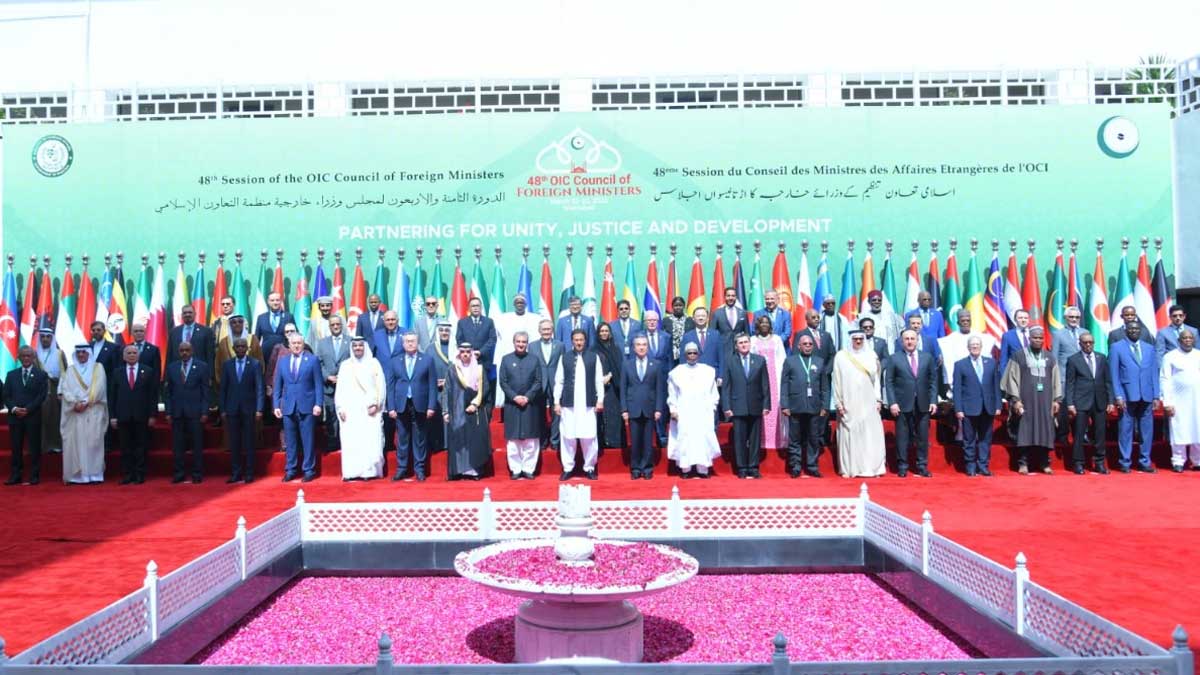 The 48th session of the Organization of Islamic Cooperation’s (OIC) Council of Foreign Ministers (CFM) began today at the Parliament House in Islamabad.

The two-day annual summit of the 57-member organization representing Muslim countries is being held in Pakistan. ‘Building Partnership for Unity, Justice, and Development’ is the focus of this year’s conference.

At the opening session, Prime Minister Imran Khan will deliver the keynote address. Around 46 member nations are engaged in the conference at the ministerial level, with the rest represented by senior officials.

Wang Yi, China’s State Councilor and Foreign Minister, is a special guest at the conference.

During the two-day session, which aligns with Pakistan’s 75th anniversary celebrations, more than 100 resolutions will be considered.

On March 23, the visiting foreign ministers will pay a visit to the Pakistan Day parade site, where they will see the professional capability of Pakistan’s armed forces as well as traditional parades representing all of the country’s provinces.

“The OIC-CFM will hold wide-ranging discussions under the overarching theme of ‘Unity, Justice, and Development.’ “Your presence is a source of honour for the people,” he added.

“The OIC Council of Foreign Ministers is gathering at a moment of huge worldwide upheavals,” said Shehbaz Sharif, the leader of the Opposition in the National Assembly. The global world order has been rattled by new realities, and there is a great deal of uncertainty. I’m hoping that the 48th Session would show the Muslim Ummah how to respond to the problems.”