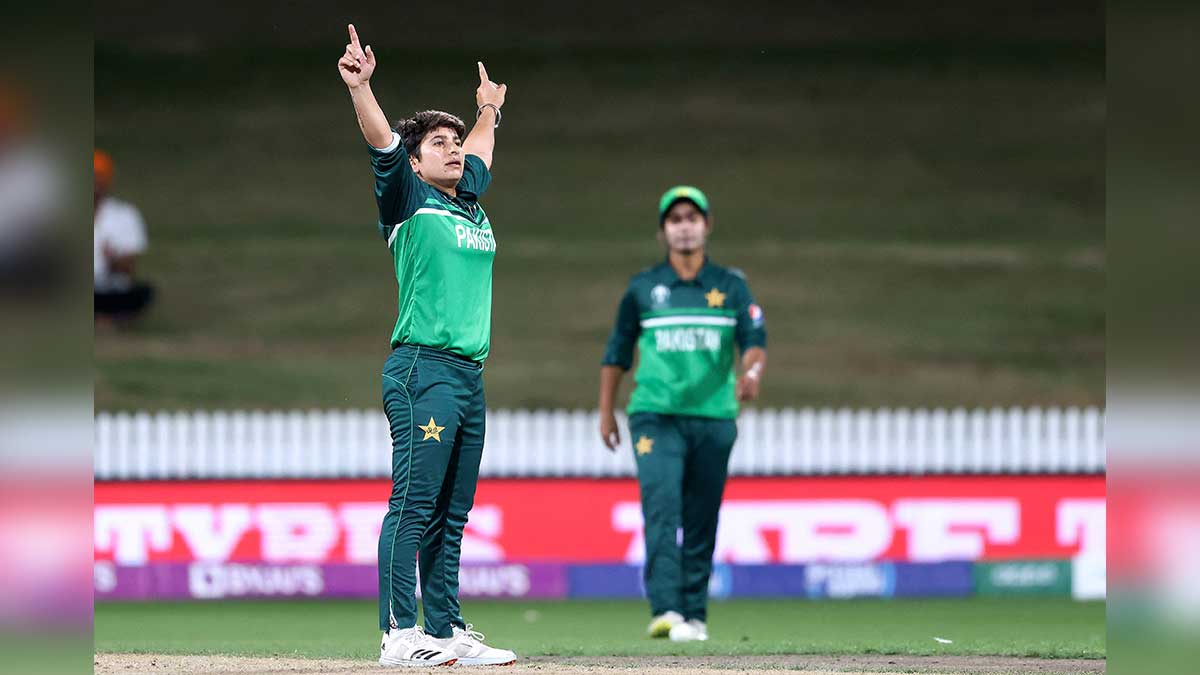 The Pakistan women’s cricket team won their first match of the ICC Women’s World Cup in 2022, defeating an in-form West Indies squad by eight wickets. This was Pakistan’s first victory since defeating the same opponents in the 2009 World Cup.

Pakistan had not won in the next two editions, and had an 18-match losing streak in the big tournament. West Indies, on the other hand, lost their second match of the competition, putting their chances of reaching the semi-finals in jeopardy.

In a rain-soaked contest, the Women in Green were outstanding, absolutely outplaying the Caribbean team. As a result of the weather in Hamilton, the match was shortened to 20 overs.

Pakistan’s bowling was superb, as they tormented the West Indies during their innings. Nida Dar was outstanding, taking four wickets for 10 runs in four overs to hold the West Indies to 89/7.

The Pakistani hitters made simple work of the West Indies’ unimpressive bowling effort, and the run-chase never seemed a threat. As Pakistan chased the target with 8 wickets in hand and 7 balls to spare. Muneeba Ali, Bismah Maroof, and Omaima Sohail all contributed to grab the victory.

However, Pakistan still remains at the bottom of the table, with only two points from five games played so far.

The updated points table of World Cup is as follows: