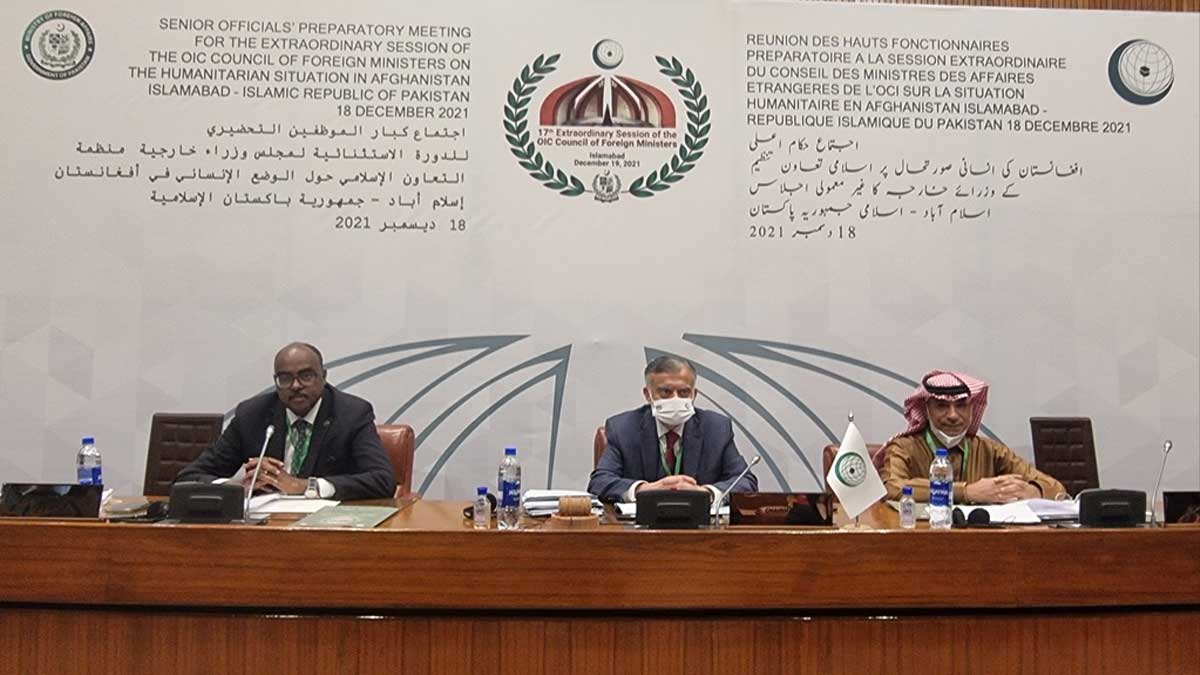 The Organization of Islamic Cooperation (OIC) has urged its member and non-member states to mobilize the necessary financial resources in order to organize and implement an immediate humanitarian assistance plan to support the people of Afghanistan.

Pakistan hosted the 17th session of the Council of Foreign Ministers (CFM) of the Organization of Islamic Cooperation (OIC) on Afghanistan in Islamabad today.

Today, the extraordinary session OIC CFM was held at Parliament House, during which the countries evaluated their actions and established a detailed strategy to address the humanitarian catastrophe in Afghanistan, with a joint resolution passed.

Around 70 delegations from OIC member states, non-members, and international organizations gathered for the conference.

In addition, the meeting was also attended by 20 foreign ministers, as well as 10 deputy and state ministers.

Prime Minister Imran Khan, in his keynote address, asked the US to de-link its policy towards the Taliban from the 40 million people of Afghanistan, while asking for action to help the Afghan people.

“If the world doesn’t act, this will be the biggest man-made crisis which is unfolding in front of us,” he said.

“The extraordinary session of OIC CFMs is an expression of solidarity with the Afghan people and to devote our collective energies on tackling the catastrophic humanitarian situation in Afghanistan,” PM Imran Khan had earlier on Saturday stated.

The goal of the next Extraordinary Session of the Council of Foreign Ministers of the Organization of Islamic Cooperation (OIC), according to Foreign Minister Shah Mahmood Qureshi, is to come up with solutions to the oncoming humanitarian crisis in Afghanistan.