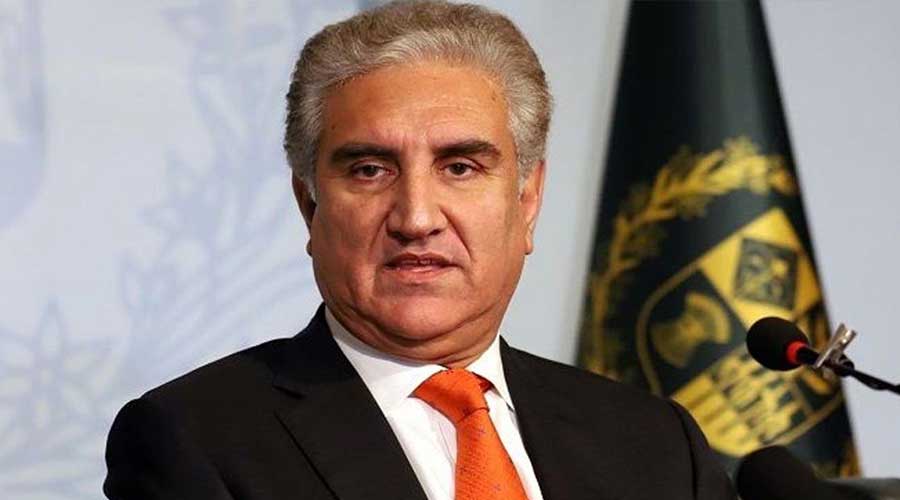 ISLAMABAD: Shah Mehmood Qureshi the Foreign Minister of Pakistan condemned the announcement by French magazine regarding reprinting blasphemous caricatures and expressed that Pakistan has shown its worry to France authorities.

In a reply to the mounting trend of Islamophobia world over, the Foreign Minister Shah Mehmood recorded a video message in which he expressed that “Pakistan believes in freedom of expression; however, such liberty does not mean to have a license to hurt religious sentiments of others”.

Charlie Hebdo the French satirical weekly magazine has recently declared that they will republish the offensive caricatures of the Holy Prophet (Peace Be Upon Him), which has received massive anger in the Muslim community.

“I strongly condemn the French magazine Charlie Hebdo on my own behalf and on behalf of the government of Pakistan. The blasphemous sketches have hurt the feelings of millions of Muslims,” SM Qureshi said.

According to SM Qureshi, the Ministry has delivered a strong message to the Ambassador of France in Pakistan about the reprinting of offensive caricatures and hope that these kinds of blasphemous activities would not be recurring and those who organized these acts will be brought to justice according to the law.

SM Qureshi also expressed his feeling regarding these kinds of issues and said the unpardonable act deserves extreme condemnation and also highlighted the fact that the world is becoming more filled with Islamophobia, racism and racial intolerance like the recent incidents of desecration of Holy Quran in Sweden, Norway.

SM Qureshi also said that Pakistan elevated the issue of Islamophobia at every international level and during his video message he recalled the Prime Minister of Pakistan Imran Khan speech which he gave at the United Nations General Assembly last year, where the premier urged the world to address the increasing problem.

“At the international level, we must sit down and think about how to stop such tendencies that hurt the religious feelings of others. We expect the international community to address this issue immediately,” Foreign Minister said.