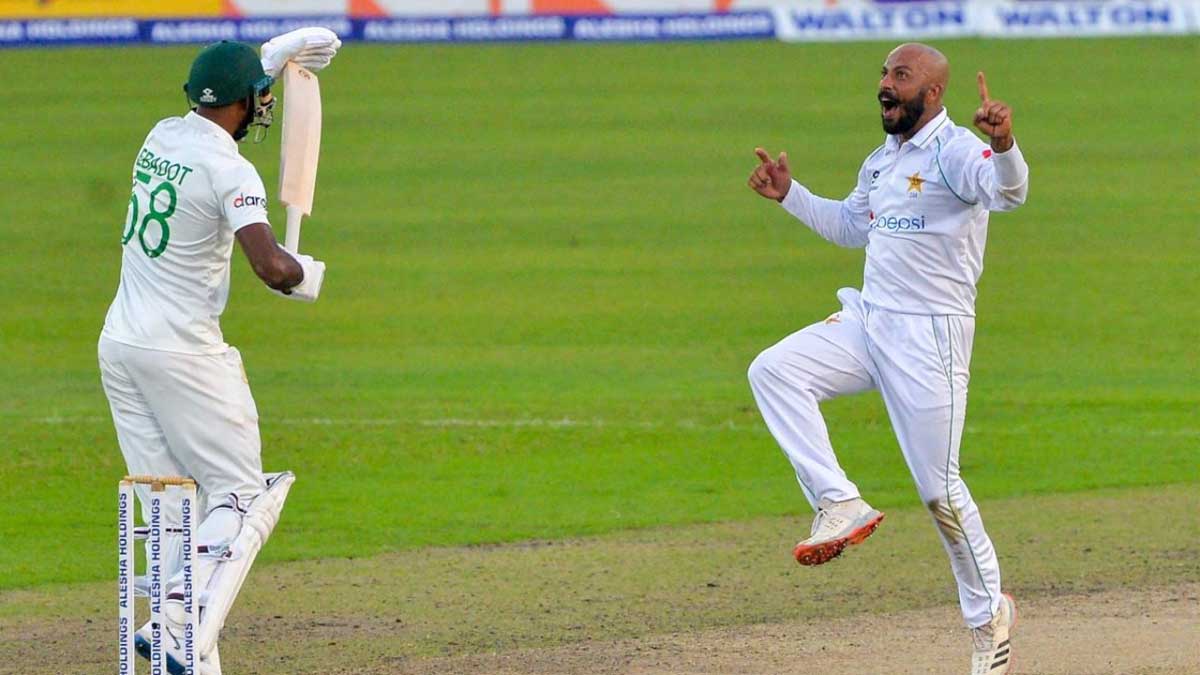 Sajid Khan’s superb performance helped Pakistan to win over Bangladesh in the second Test at the Sher-e-Bangla National Cricket Stadium in Dhaka on Wednesday.

Pakistan’s bowling brilliance on the fifth and final day of the Dhaka Test saw them take 13 Bangladesh wickets, allowing them to whitewash the two-match series with an innings and eight-run victory and gained 12 ICC World Test Championship points.

Sajid, who concluded the match with 12 wickets after taking a career best eight for 42 in the first innings, snatched the final wicket by lbw trapping Taijul Islam.

Sajid stated he was “very thrilled” that his effort helped the team to victory in a video statement published by the Pakistan Cricket Board after the series finished.

“It would not have been as thrilling if we had lost after I had taken wickets. Throughout the match, we were all cheering each other ”said the off-spinner.

During his blistering session, the off-spinner also set a new Pakistan record for bowling figures in a match, surpassing legends like Imran Khan and Abdul Qadir.

Meanwhile, the Pakistan’s captain Babar Azam claimed his first international wicket as he dismissed Mehidy Hasan Miraz for 14 off 70 balls.

In the second innings, the skipper bowled two overs, grabbed a wicket, and only gave up one run for an economy of 0.50.

Babar commented on his maiden Test wicket, “I felt like I needed to bowl at that time and I’m really delighted I got the wicket.”

“Our batsmen, particularly our openers, got us off to a strong start, and our mindset was to simply control the game despite the bad conditions,” he concluded.

After a whitewash against Bangladesh in Dhaka, the Babar Azam-led Pakistan team retained second position in the ICC World Test Championship standings.

Pakistan is only one point behind Sri Lanka, who has a winning % of 100. Meanwhile, with 36 points from three victories and one loss, and a winning percentage of 75 Pakistan is in second spot, while Bangladesh is at the bottom.