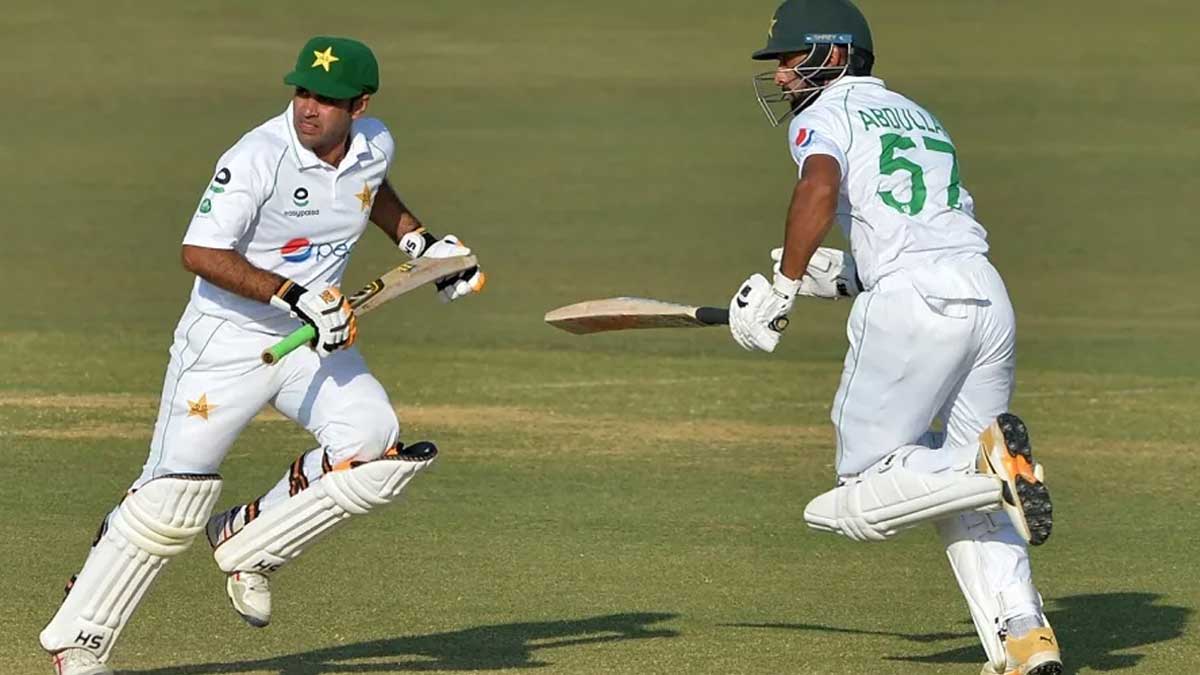 Pakistan captain Babar Azam and experienced batsman Azhar Ali guided the Men in Green to their first victory over Bangladesh in the two-match Test series on Tuesday, as the visitors beat the hosts by eight wickets.

Pakistan looked set to cruise to victory after openers Abid Ali and Abdullah Shafique each struck half-centuries to lay a good foundation.

However, Pakistan’s victory was secured by a steady partnership between Azhar Ali (24 runs) and skipper Babar Azam (13 runs).

At the completion of play, Ali was 56 not out, adding to his first-innings tally of 133, while debutant Shafique was undefeated on 53.

Earlier in the day, fast bowler Shaheen Afridi took 5-32 to help Pakistan bowl out Bangladesh for 157 runs in their second innings of the Test match, despite wicketkeeper-batsman Liton Das’s courageous fifty.

Bangladesh appeared doomed after losing Mushfiqur Rahim in the opening over of the day, but Liton, who had a century in the first innings, brought the hosts back into the race with 59 off 89 balls.

Afridi finished his fourth five-wicket Test haul by trapping Liton leg-before and then dismissing Abu Jaye for a duck.

Sajid Khan, who finished with 3-33, brought the game to a close by dismissing Taijul Islam.

Mushfiqur Ali scored a boundary off the opening ball of the morning, bowled by Hasan Ali, to give the hosts a good start.

But two balls later, Hasan uprooted his off-stump and left a delivery that darted back in and departed for 16.