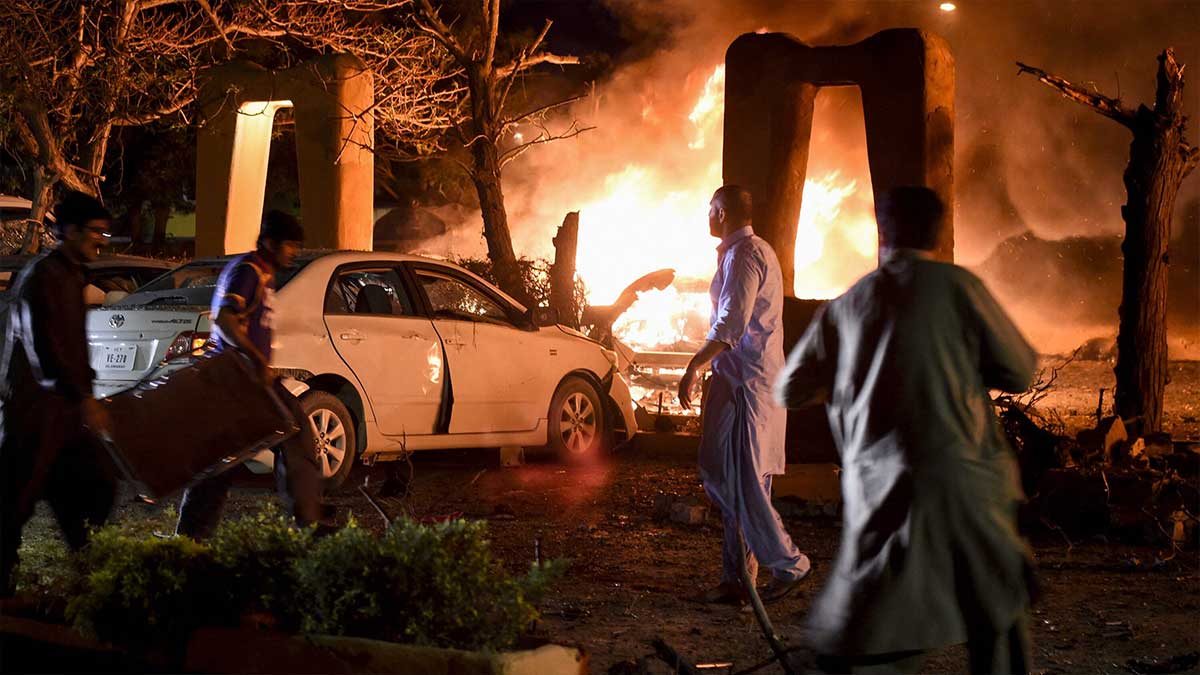 More than 13 people have been injured and 5 have been killed in the suicide car bombing occurred in parking lot of the Serena Hotel in Balochistan’s capital Quetta.

According to officials, at least five people have been killed and 13 others injured in Wednesday’s attack in the parking lot of Quetta’s Serena Hotel hosting the Chinese ambassador. Pakistani Taliban have claimed responsibility for the suicide bombing.

Fire and rescue officials have reached in time at the site of the explosion that took place at 10:30pm on Wednesday. Quetta Civil Hospital Medical Superintendent Arbab Kamran Kasi confirmed the number of dead and injured, also informed that two people were in critical condition.

The injured were shifted to the Civil Hospital, said sources. Law enforcement personnel have cordoned off the area and an investigation is ongoing to determine the intensity of the blast.

Balochistan Inspector General of Police Tahir Rai told the media that the suicide blast occurred in the parking lot of Serena Hotel. Footage shared from the scene showed huge flames and plumes of smoke rising into the sky.

“The Quetta Serena Hotel is the only four-star deluxe hotel in the city of Quetta,” according to the hotel’s website. It is located on the Shahrah-e-Zarghun Road.

Meanwhile, Federal Information Minister Fawad Chaudhry said the interior ministry is in close contact with the Balochistan government, he added that initial investigations are underway. “The government will issue a statement as soon as the nature of the blast and losses are determined,”